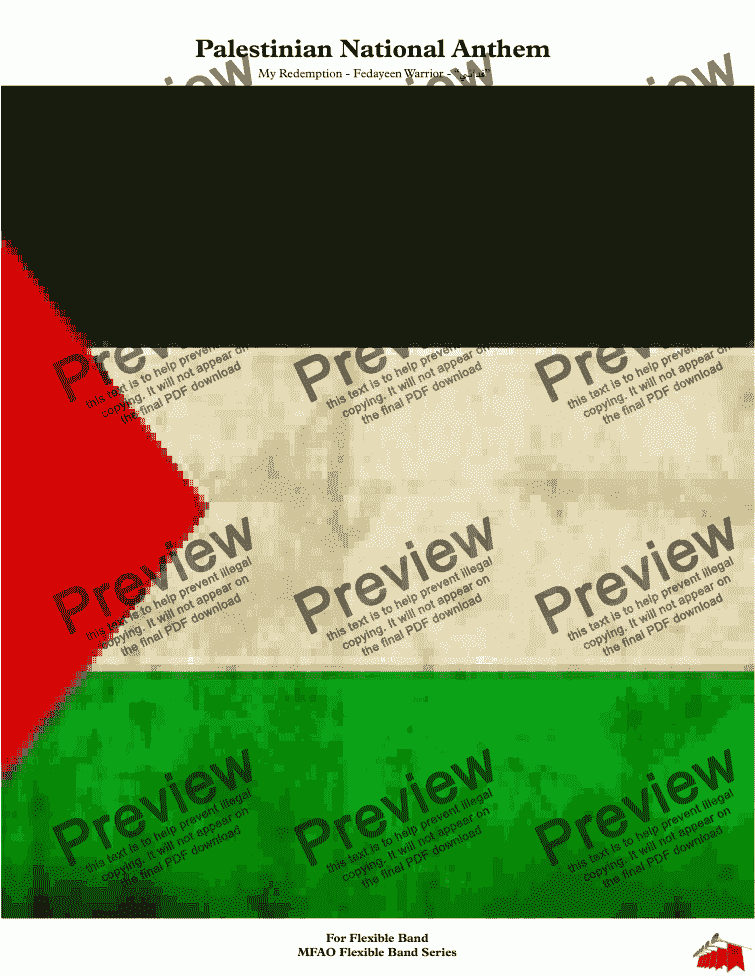 A flexible band arrangement of the national anthem of Palestine. If you require alternative parts, e-mail me your needs: keithterrett@gmail.

The word “فدائي” (fida’i), in addition to being the anthem’s title, appears several times in the anthem as well. The term is difficult to express in a single word or two in English; it refers to a man (the feminine form is “fida’iya”, plural is “fida’iyeen”) who is willing to sacrifice his life. The object that he will sacrifice to can be anything, his lover, tribe, religion, etc., but in the modern sense it is usually meant as a sacrifice to your country. It has been translated various ways in the anthem, depending on context, the terms “sacrificer”, “resistor”, “freedom fighter” or “revolutionary” could all express the intended meaning to an extent.

All my anthem arrangements are also available for Orchestra, Recorders, Saxophones, Wind, Brass and Flexible band. If you need an anthem urgently for an instrumentation not in my store, let me know via e-mail, and I will arrange it for you FOC if possible! keithterrett@gmail.com If you perform this arrangement in public, make a recording or broadcast it through any media, please notify the PRS (UK), or ASCAP (USA), or SOCAN (Canada), or APRA (Australia) or KODA (Denmark) or the equivalent organisation in your own country, giving the name of the arranger as Keith Terrett. 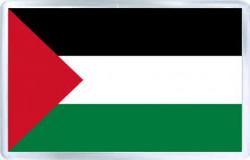