By: Richard E Brown
For: Orchestra
This music is in your basket
View basket
Loading... 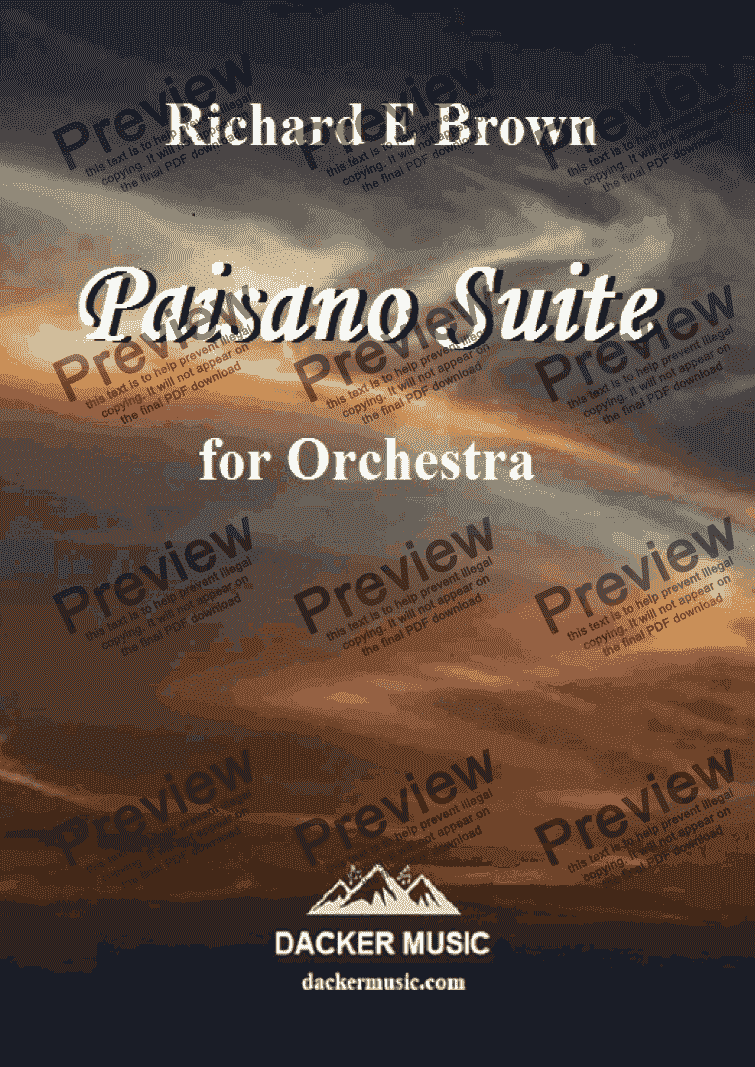 By: Richard E Brown
For: Orchestra

Composer
Richard E Brown
Year of composition
1982
Difficulty
Moderate (Grades 4-6)
Duration
19 minutes
Genre
Modern classical music
License details
For anything not permitted by the above licence then you should contact the publisher first to obtain permission.

The music of Paisano Suite was composed in 1982 for the Austin Ballet Theatre on a grant from the City of Austin. The resulting ballet was produced in February, 1983 under the title Ballabile, with choreography by ABT Artistic Director Stanley Hall.

This music was originally scored for a small pit orchestra, and it was only in 2012 that I shortened and re-orchestrated it to create this suite for full orchestra. Since the original title is a term used specifically for dance music, and the new version of the work is meant to be a concert suite rather than a ballet, I also re-titled it after the Paisano Ranch, in the central Texas Hill Country, where it was originally composed and which served as its inspiration.

The entire nearly twenty-minute suite is actually based on a fairly modest amount of musical material and the eight short movements are thematically all very closely related. The overall framework is highly unified in that way.

Scored for woodwinds, horns, and trumpets in pairs; 1 trombone, timpani, and strings.

The individual movements, with their locations on the audio track, are listed below.

Four movements of this suite are also available in a transcription for symphonic band titled Shades of Paisano.

Sorry, there's no reviews of this score yet. Please .
In order to submit this score to ScoreExchange.com Richard E Brown has declared that they own the copyright to this work in its entirety or that they have been granted permission from the copyright holder to use their work. If you believe that this score should be not available here because it infringes your or someone elses copyright, please report this score using the copyright abuse form.