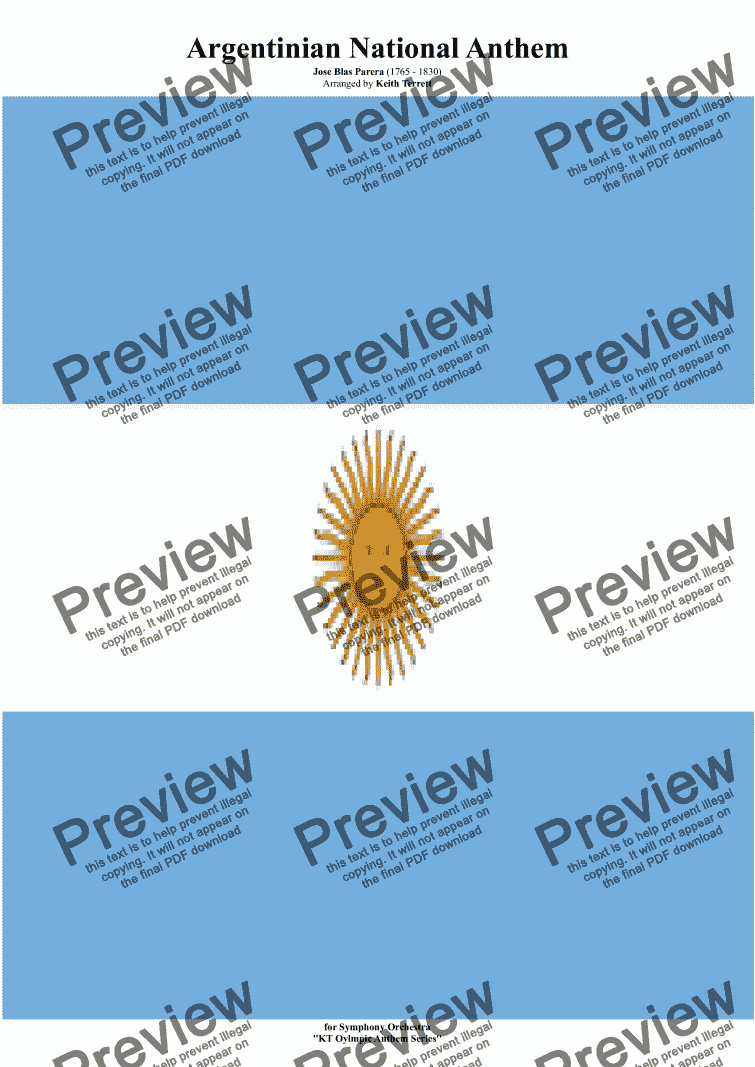 The national anthem of Argentina arranged for full Symphony ﻿﻿Orchestra. There are versions for Brass Quintet & String Orchestra in store.

In 1812, Vicente López attended a play about the revolution that brought the country independence two years earlier, the play concluded with an anthem sung by the actors. López was inspired to write a proper anthem for the nation instead of the one presented in the play, and it was approved by the government. The composer of the music used in the play, Blas Parera, was asked to compose the music for the anthem despite Parera’s objections due to the anti-Spanish lyrics and himself being a Spaniard. The stately nature of the music, combined with its long length, make it similar in style to other anthems of the area, a group of anthems I term “Latin American epic anthems”.

The anthem also has had many titles; originally called the “Anthem of May” by López, it was then christened the “Marcha Patriótica” (Patriotic March) by the government on its adoption on May 11, 1813 (the third anniversary of the revolution) and was later known as “Canción Patriótica Nacional” (National Patriotic Song). An 1847 copy titles it “Himno Nacional Argentino”, which is the name it is known by today.

In the following years, the anthem underwent many modifications to tone down the militaristic and anti-Spanish nature of the song. In a presidential decree in 1900, it was declared that the first and last verses of the anthem as adopted on March 11, 1813 (rather than the full original nine verses), would be the official anthem, which remains to this day. 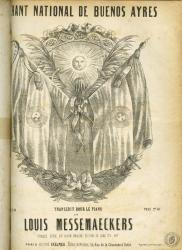 Having heard many of Mr. Keith Terrett's national anthem arrangements, I must say they are all great. They all keep the integrity of the original, and are brilliantly orchestrated with subtle woodwind and brass additions.

I look forward to hearing them in the future performed at a large public event such as an Olympics or Commonwealth Games.