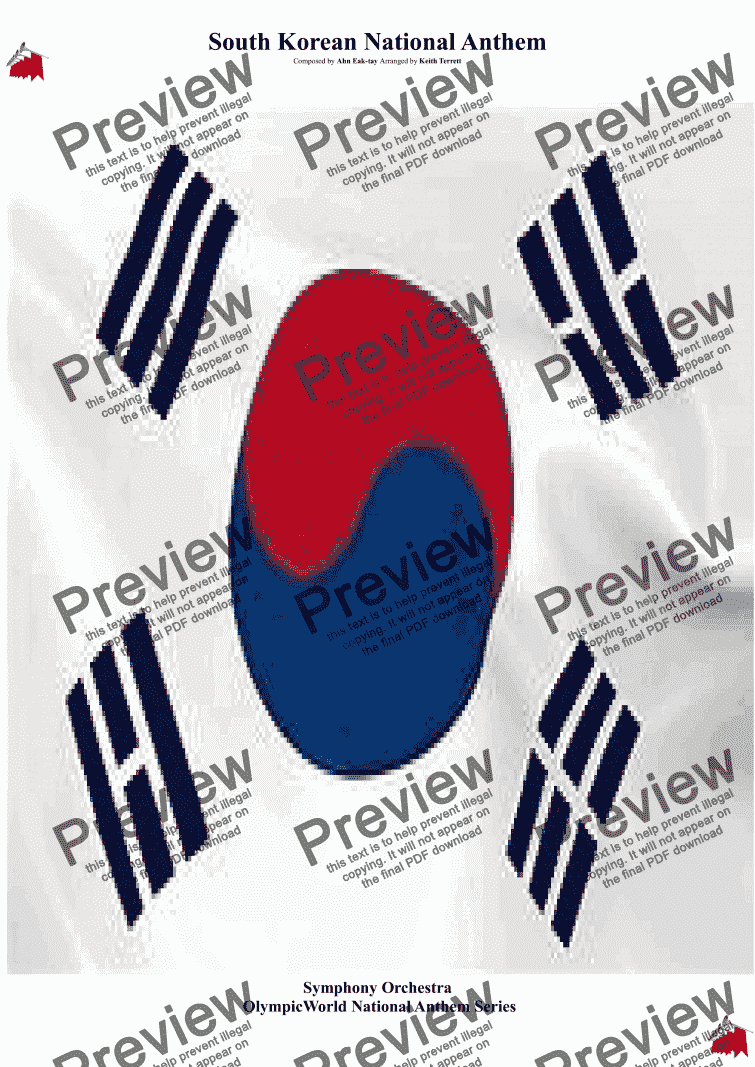 Arranged for Symphony Orchestra, "Aegukga" (Korean: 애국가, Hanja: 愛國歌, pronounced [ɛːɡuk͈ːa]; lit. "Love Country Song"), often translated as "The Patriotic Song", is the national anthem of South Korea. It was adopted in 1948, the year the country was founded. Its music was composed in the 1930s and its lyrics date back to the 1890s. The lyrics of "Aegukga" were originally set to the music of the Scottish song "Auld Lang Syne" before Ahn Eak-tai composed a unique melody specifically for it in 1935. Before the founding of South Korea, the song's lyrics, set to the music of "Auld Lang Syne", was sung, as well as during Korea under Japanese rule by dissidents. The version set to the melody composed by Ahn Eak-tai was adopted as the national anthem of the Korean exile government, which existed during Korea's occupation by Japan from the early 1910s to the mid-1940s. There are versions for Brass Quintet & String Orchestra in my store.

"Aegukga" has four verses, but on most occasions only the first one, followed by the chorus, is sung when performed publicly at events such as baseball games and soccer matches. 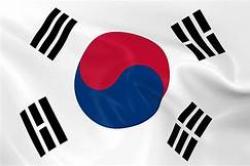 What a fine set of anthems Mr Terrett has in his store.