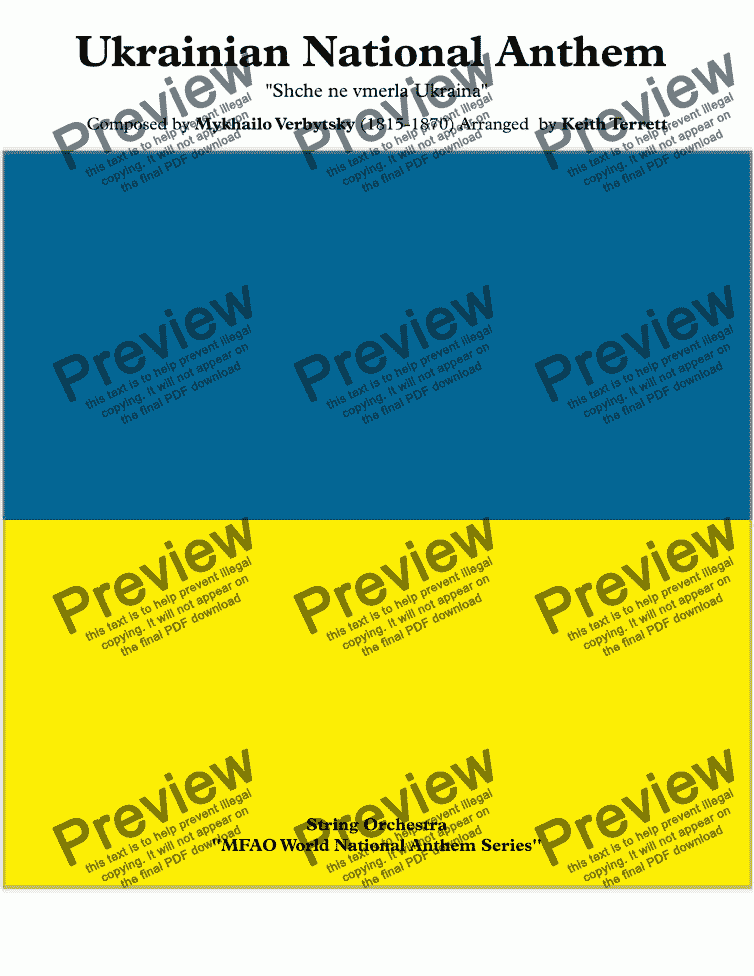 An arrangement of the Ukrainian National Anthem for String Orchestra. There is a version for Brass Quintet & full Orchestra in store!

"Shche ne vmerla Ukraina" (Ukrainian: Ще не вмерла Українa, or "Ukraine has not yet perished") is the national anthem of Ukraine again since 1992. Before its re-adaptation a competition for a national anthem among three patriotic songs was taken place with one of the other songs being Za Ukrainu by Mykola Voronyi.

The lyrics constitute a slightly modified original first stanza of the patriotic poem written in 1862 by Pavlo Chubynsky, a prominent ethnographer from the region of Ukraine’s capital, Kiev, and were influenced by the words and themes of Poland’s national anthem, Poland Is Not Yet Lost. In 1863, Mykhailo Verbytsky, a western Ukrainian composer and a Greek-Catholic priest composed music to accompany Chubynsky’s text.The first choral performance of the piece was at the Ukraine Theatre in Lviv, in 1864. The song was first the national anthem of the Ukrainian People’s Republic, Carpatho-Ukraine and later the independent post-Soviet Ukraine.