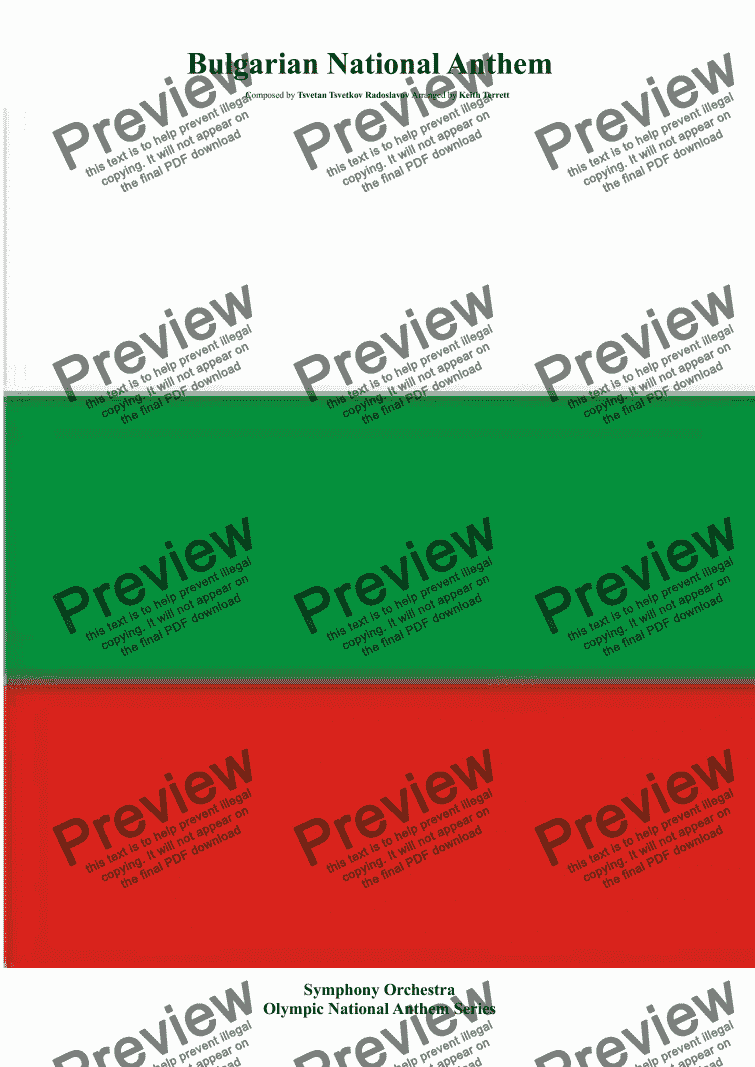 An arrangement of the national anthem of Bulgaria for full Orchestra. There are alternative versions for Brass Quintet & String Orchestra in my stores.

"Mila Rodino" ("Мила Родино" [ˈmiɫɐ ˈrɔdino], translated as "Dear Motherland" or "Dear native land") is the current national anthem of Bulgaria. It is based on the music and text of the song "Mila Rodino" by Tsvetan Radoslavov, written and composed as he left to fight in the Serbo-Bulgarian War in 1885. The anthem was adopted in 1964. The text has been changed many times, most recently in 1990.

In the 1960s, after the de-Stalinization process, the poet Georgi Dzhagarov began an effort to replace the previous anthem, which include references to Stalin and because the lyrics of the anthem was similar to the anthem of the Soviet Union. After discussing with Todor Zhivkov, the General Secretary of the Bulgarian Communist Party, Zhivkov accepted the idea, and soon, by the Order No.1093, on March 29, 1962, the Council of Ministers held a competition for the lyrics and the music for the new anthem, with the deadline whichthe submission of lyrics on May 1, 1963, and the music on November 1, 1963. The composition of the committee for the new anthem was selected by Zhivkov himself, and the lyrics for the new anthem must be finalized in September 1, 1963, and for the music in March 1, 1964. The Council of Ministers also draws up a panel of experts to look at the projects submitted in advance and to put the best of the proposals for discussion with the committee.

After the proposals for the lyrics and the music were submitted, none of the proposals satisfies them, so they accepted the advice of Georgi Dzhagarov to use "Mila Rodino" as the music for the new anthem. The composition of lyrics were assigned to Georgi Dzhagarov and Dmitry Metodiev, while the melody of the anthem was revised with further harmonization by Philip Kutev and Alexander Raichev.

Under Zhivkov's orders, Georgi Dzhagarov and Dimitar Metodiev were resided in the Vrana Palace to compose the text of Mila Rodino.

Need anthems for your next event, e-mail me your requirements. I can supply high quality MP3's of any of my national anthem arangements. 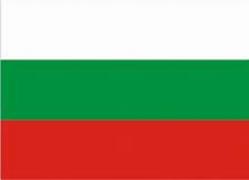