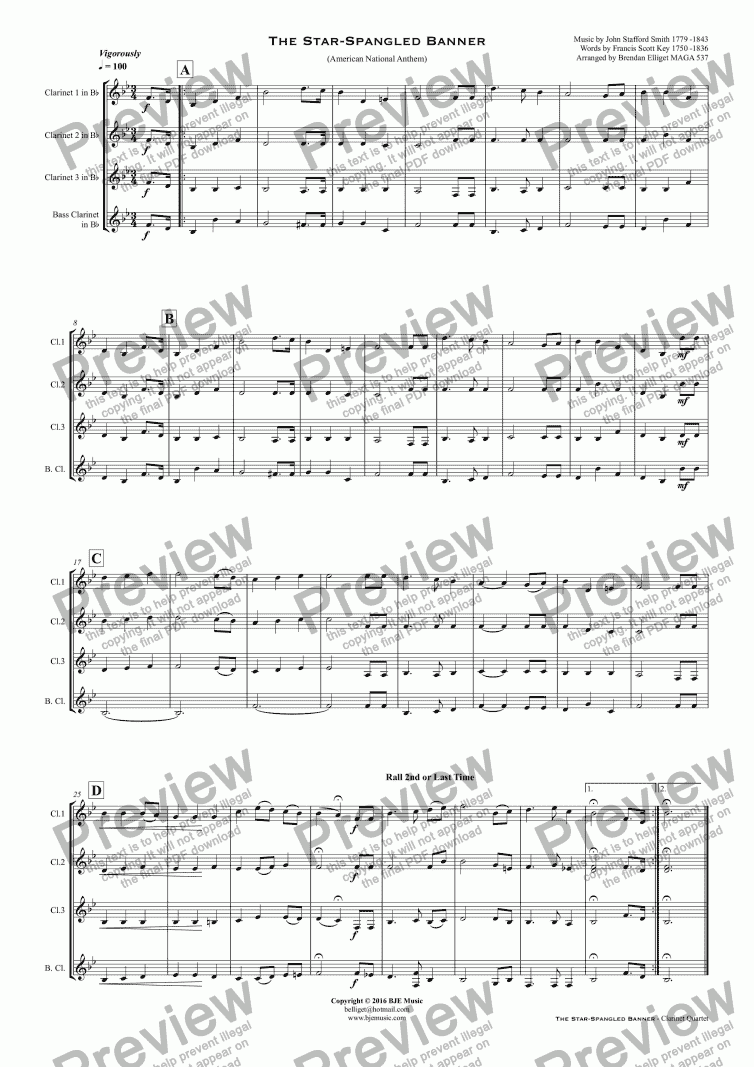 "The Star-Spangled Banner" is the national anthem of the United States of America. The lyrics come from "Defence of Fort M’Henry", a poem written in 1814 by the 35-year-old lawyer and amateur poet Francis Scott Key after witnessing the bombardment of Fort McHenry by British ships of the Royal Navy in Baltimore Harbor during the Battle of Fort McHenry in the War of 1812. "The Star-Spangled Banner" was recognized for official use by the United States Navy in 1889, and by U.S. President Woodrow Wilson in 1916, and was made the national anthem by a congressional resolution on March 3, 1931 [Wikipedia]

This arrangement is for Clarinet Quartet with repeat for extra verses. The Bass Clarinet part could be played by another Bb Clarinet.

The MP3 was recorded with NotePerformer 3 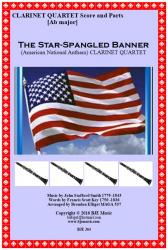