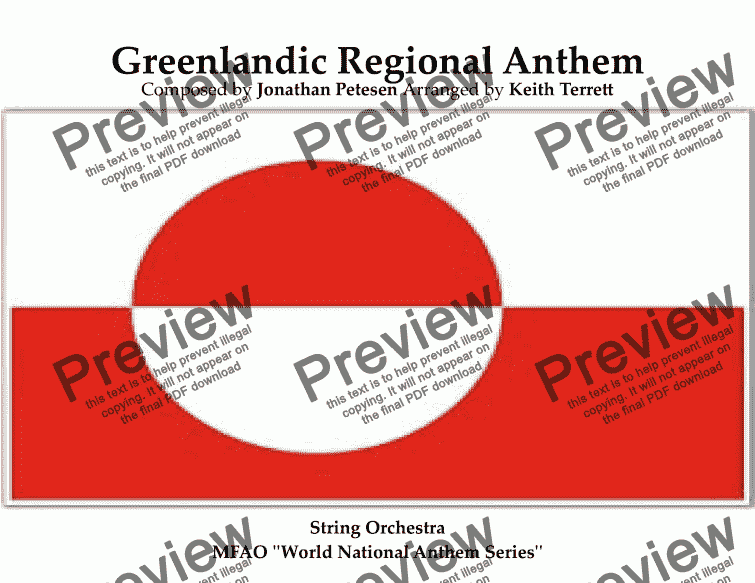 An arrangement of the regional anthem of Greenland (Nunarput utoqqarsuanngoravi), arranged for String Orchestra.

There are versions for Brass Quintet & full Orchestra in my store.

The seven national anthems of Scandinavia, are also available in a complete set from my store.

Love anthem, then join me on twitter, instagram, soundcloud & facebook. All my anthem arrangements are also available for Orchestra, Recorders, Saxophones, Wind, Brass and Flexible band. If you need an anthem urgently for an instrumentation not in my store, let me know via e-mail, and I will arrange it for you FOC if possible! keithterrett@gmail.com﻿