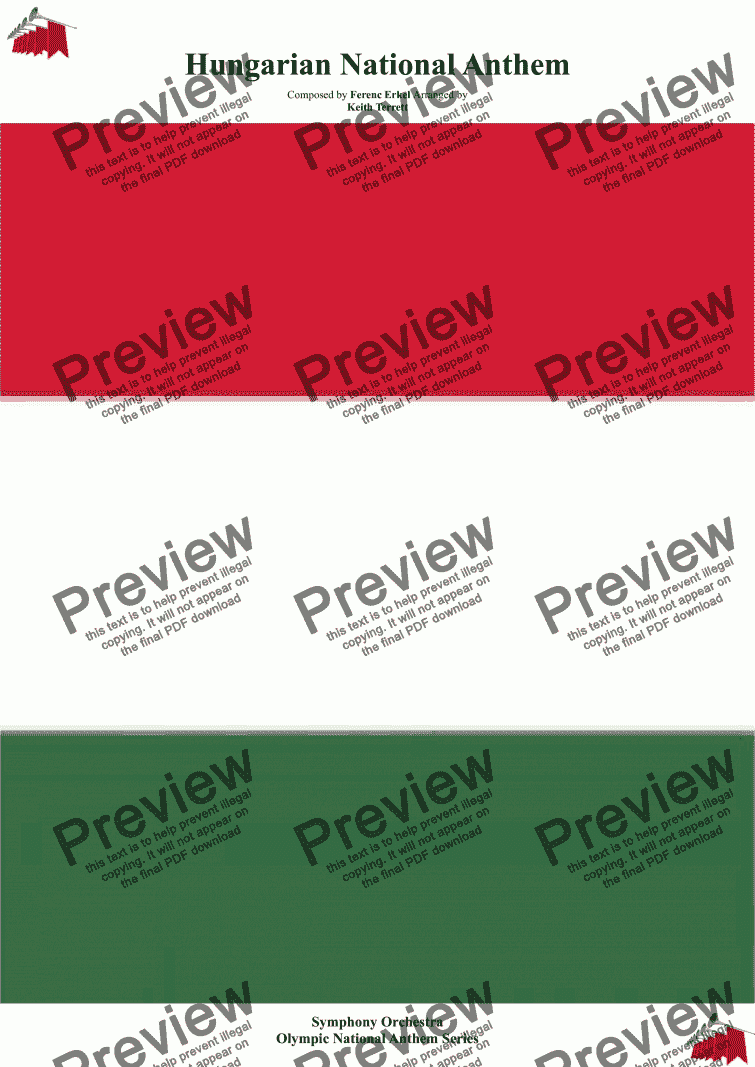 Composer
Ferenc Erkel (1810 – 1893)
Year of composition
1844
Arranger
Keith Terrett
Year of arrangement
2019
Publisher
Music for all Occasions
Difficulty
Moderate (Grades 4-6)
Duration
2 minutes
Genre
Classical music
License details
For anything not permitted by the above licence then you should contact the publisher first to obtain permission.

The National Anthem of Hungary ’God Bless the Hungarians’, arranged for Symphony Orchestra. There are versions for Brass Quintet & String Orchestra in my store.