By: Edward Elgar
For: Solo Trombone + piano
This music is in your basket
View basket
Loading... 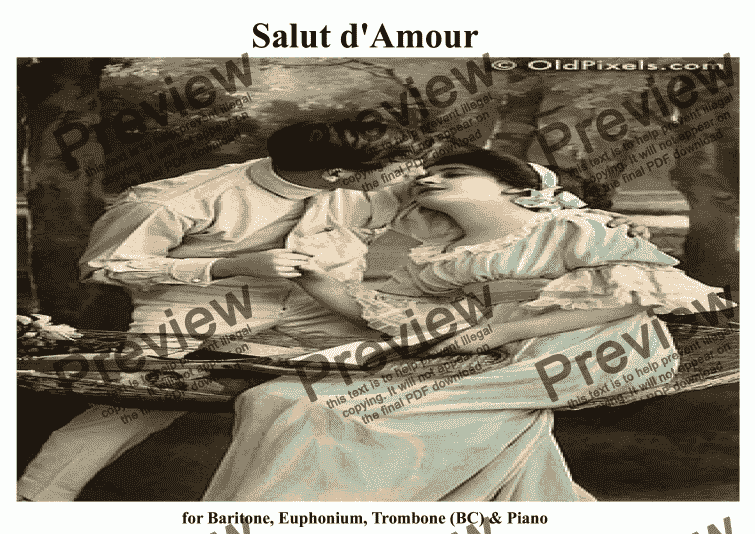 Composer
Edward Elgar
Year of composition
1888
Publisher
Music for all Occasions
Difficulty
Moderate (Grades 4-6)
Duration
2 minutes
Genre
Classical music
License details
For anything not permitted by the above licence then you should contact the publisher first to obtain permission.

A beautiful transcription of ''Salut d'Amour'' (Loves Greeting) Opus 12 for for Baritone, Euphonium & Trombone (BC) & Pianoforte

Elgar subsequently composed a companion piece, Mot d'Amour (Liebesahnung or Love's Word). Although in many ways structurally and dramatically superior to the earlier work, it failed to capture the public affection of its predecessor and is rarely heard today

Low Brass (BC) and Pianoforte

Low Brass (BC) and Pianoforte