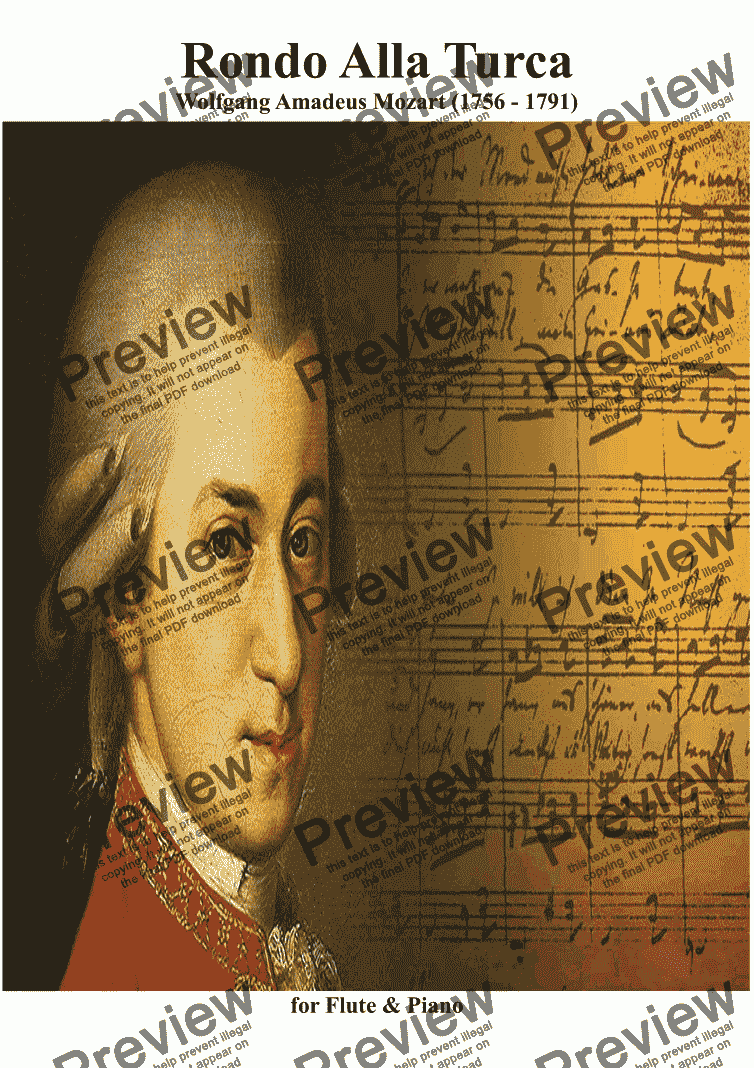 Composer
Wolfgang |Amadeus Mozart (1756-1791)
Year of composition
1783
Arranger
Keith Terrett
Year of arrangement
2020
Publisher
Music for all Occasions
Difficulty
Moderate (Grades 4-6)
Duration
2 minutes
Genre
Classical music
License details
For anything not permitted by the above licence then you should contact the publisher first to obtain permission.

The last movement, marked Alla turca, popularly known as the "Turkish Rondo" or "Turkish March", is often heard on its own and is one of Mozart's best-known piano pieces, it has been arranged here for Flute & Piano. Have fun.

The faster section could be articulated with slur two tongue two method.