By: anon.
For: Brass quintet
This music is in your basket
View basket
Loading... 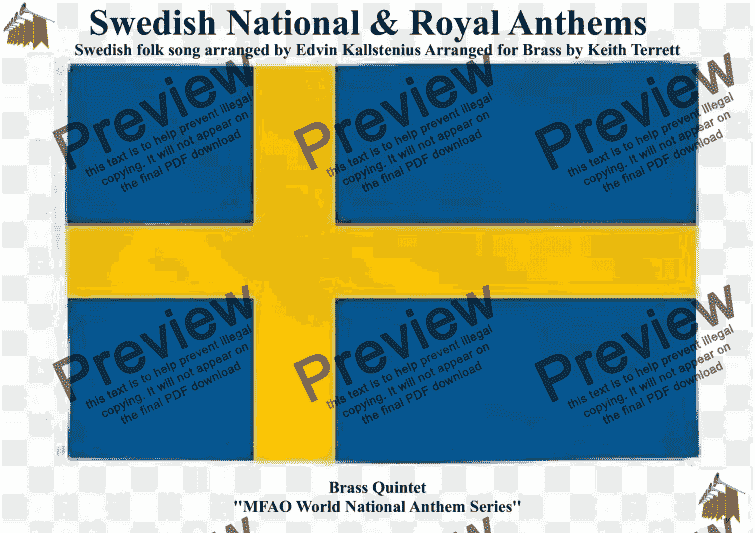 By: anon.
For: Brass quintet

Composer
anon.
Arranger
Keith Terrett
Year of arrangement
2009
Publisher
Music for all Occasions
Difficulty
Moderate (Grades 4-6)
Duration
1 minute
Genre
Classical music
License details
For anything not permitted by the above licence then you should contact the publisher first to obtain permission.

An arrangement of the Swedish National Anthem for classical Brass Quintet. There are versions for String & full Orchestra in store.

Du gamla, Du fria ("Thou ancient, Thou free") is the de facto national anthem of Sweden.

Although the Swedish constitution makes no mention of a national anthem, the song enjoys universal recognition and is used, for example, at sporting events. It first began to be used as a national anthem in the 1890s. Despite a widespread belief that it was adopted as the national anthem in 1866, no such recognition has ever been officially accorded. In 2000 a Riksdag committee rejected, as "unnecessary", a proposal to give the song official status. However, there have since been repeated motions with a similar intent.