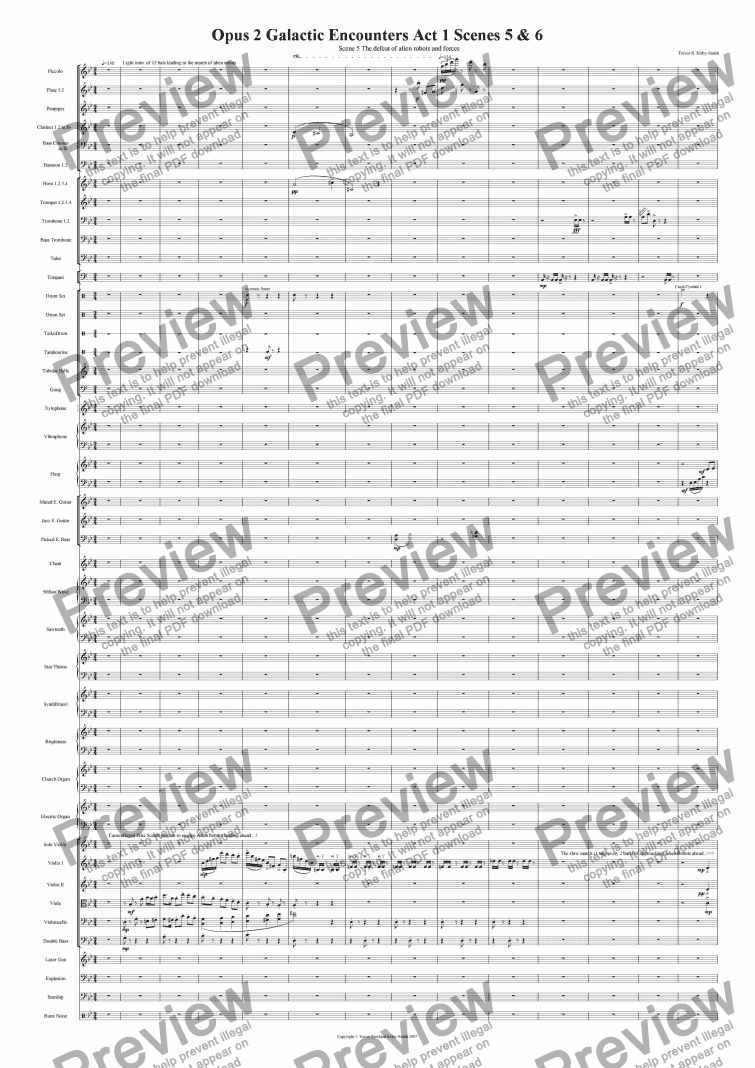 Act 1 - Scene 5. The defeat of alien robots and forces. (3min 7sec) The King�s Elite Scout Unit snipe alien robots landing ahead. Robots sustain casualties but press on. Their advance is sufficiently delayed for Home World forces to call upon robot disintegrators, a new weapon in their armoury. The robots force is incapacitated and the remaining alien forces begin to crumble. King Harrageld senses victory. The small remnants of alien forces scatter in disarray. Some are captured and the remainder flee into deep space. Princess Melincol and her entourage are forgotten by the fleeing alien forces. Play the mp3 for correct rendition.

Act 1 - Scene 6. Alien message �wish to parley�. (1min 44sec) A message is received from the alien Princess, who wishes to parley with the rulers of King Harrageld�s Home World. She speaks of her Home World and the Tyrant who has imprisoned its true leaders and her father against the wishes of her people. The Tyrant is intent on ruling the galaxy. She needs help, and by using her feminine wiles got the agreement of the Tyrant to join his forces as an observer and report back on victories over rich worlds in the galaxy. In return the Tyrant agreed to release her father when they next meet. Play mp3 for correct rendition.

In order to submit this score to ScoreExchange.com Trevor Kirby-Smith has declared that they own the copyright to this work in its entirety or that they have been granted permission from the copyright holder to use their work. If you believe that this score should be not available here because it infringes your or someone elses copyright, please report this score using the copyright abuse form.