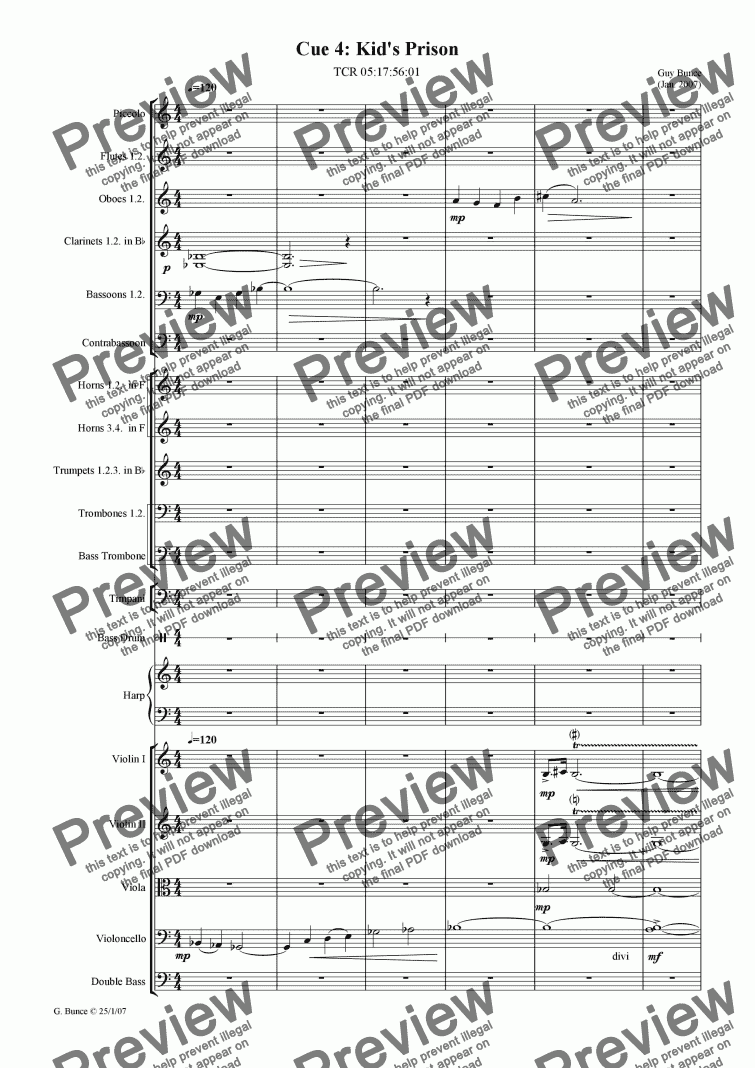 Cue 4: Kid's Prison: Jean has locked himself in his room and the father is climbing to the window to investigate. A hand appears and moves the ladder causing the father to fall - he is okay. The mother says that "prison for children is the only solution." The cue opens with the Jean's Motif (cello) played against the Father Motif (Bassoon) before trilling violins change the mood as the ladder is pushed. The timpani and bass notes which accompany the fall are taken from the Mother's Motif. A high string pedal appears as the family rush to see if the father is okay. The pedal build (using the Mother's Motif) as the mother shouts at Jean. On the change of scene (b.22, TCR 05:18:38) the Mother's Motif is played by timpani and bass to introduce the dramatic music as the mother ascends the stairs. The music is based entirely on the Mother Motif building to a climax as she enters the room. As the camera pans around the room a harp plays the Main theme in a remote key with the bassoon in counterpoint playing a somber version of the Mother's theme augmented. Sul pont. strings mark the panning in on the wardrobe. As the mother cries we hear a minor version of the Main Theme.