Sign in / Register
HomeInstrumentationsString orchestraWhat Shall We Do With The Drunken School String Orchestra?

What Shall We Do With The Drunken School String Orchestra?

By: Sea Shanty Arr:Keith Terrett
For: String orchestra
This music is in your basket
View basket
Loading... 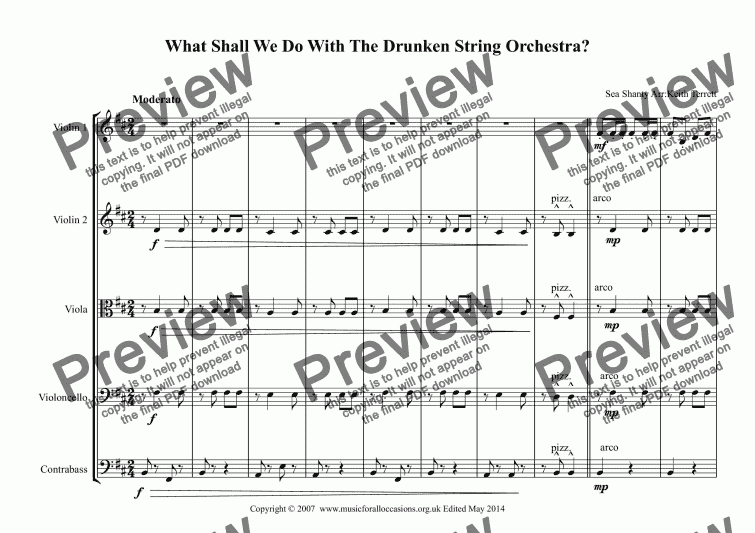 What Shall We Do With The Drunken School String Orchestra?

Composer
Sea Shanty Arr:Keith Terrett
Arranger
Keith Terrett
Publisher
Music for all Occasions
Difficulty
Easy (Grades 1-3)
Duration
1 minute
Genre
Classical music
License details
For anything not permitted by the above licence then you should contact the publisher first to obtain permission.

Have some fun on stage with this one!

The song is #322 in the Roud Folk Song Index

Reviews of What Shall We Do With The Drunken School String Orchestra?