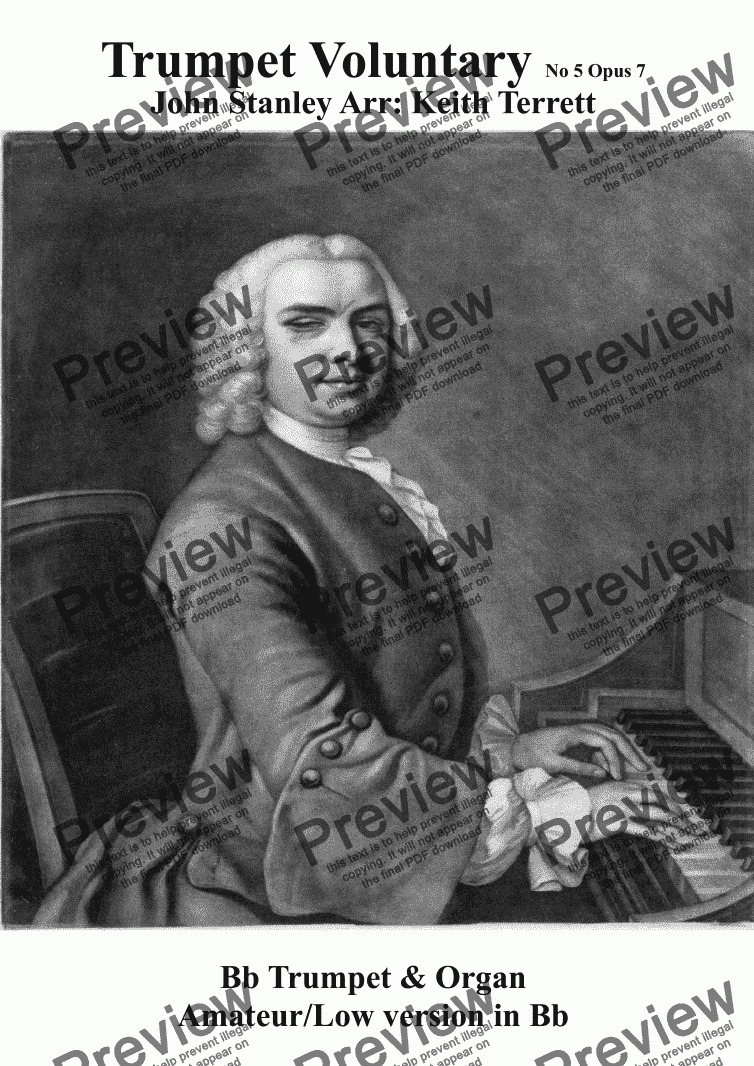 Composer
John Stanley
Arranger
Keith Terrett
Year of arrangement
2014
Publisher
Music for all Occasions
Difficulty
Moderate (Grades 4-6)
Duration
3 minutes
Genre
Classical music
License details
For anything not permitted by the above licence then you should contact the publisher first to obtain permission.

A great arrangement of the Stanley Trumpet Voluntary by Keith Terrett.

I note there are versions for many other instruments, and you also have a duet version, great work, kudos to you.

Just love the live recording too!