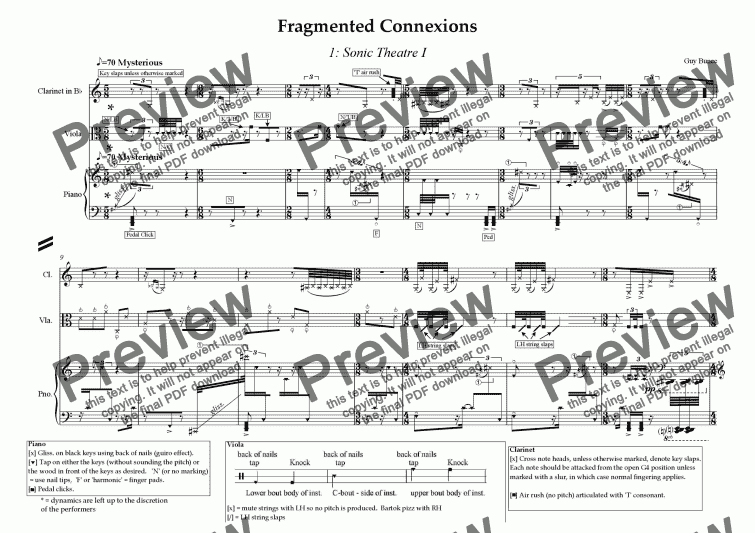 Sonic Theatre I This movement charts the journey from unknown timbres to the known.�The three instruments work in a percussive way, interacting with each other and providing rhythmic textures.�Some of the sounds might be almost inaudible in a performing space and so close miking might be employed.�That said, the theatre is derived from the mismatch between the visual physical activities of the players and the resultant sound.�As the piece progresses, pitches are introduced but still lack the clarity of the traditional timbres of the instruments.�In a theatrical performance the players might be placed behind a screen/curtain and back-lit so their silhouettes are cast for the audience to see.�With amplification and exaggerated movements by the performers the theatrical aspect will be accentuated.�The rest of the stage should remain in darkness with the screen/curtain gradually removed in the closing eight bars.