Sign in / Register
HomeInstrumentationsDuetPrelude No. 4 & 7 for clarinet in Bb and guitar

Prelude No. 4 & 7 for clarinet in Bb and guitar 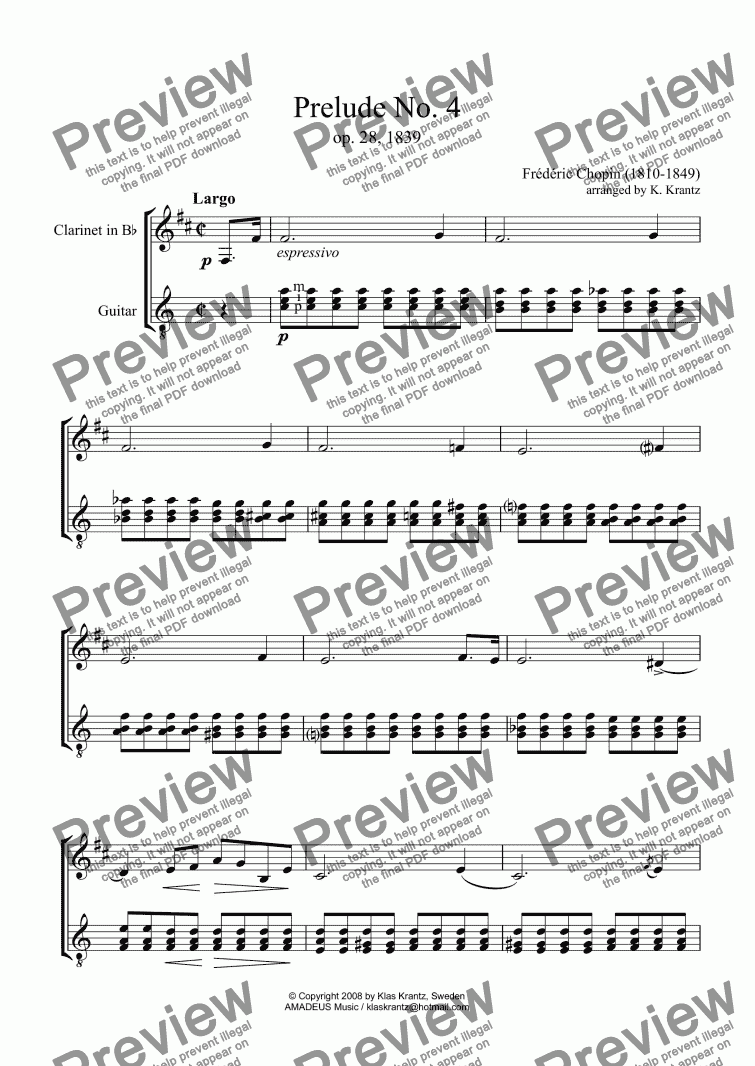 Prelude No. 4 & 7 for clarinet in Bb and guitar

Composer
Frédéric Chopin
Year of composition
1839
Arranger
Klas Krantz
Year of arrangement
2010
Publisher
Amadeus Music
Difficulty
Moderate (Grades 4-6)
Duration
2 minutes
Genre
Classical music
License details
For anything not permitted by the above licence then you should contact the publisher first to obtain permission.

Frederic Chopin (1810-1849) Prelude No. 4 (original key E minor), Largo A sorrowful, tragic piece whose melody continually drops by a halftone to the dominant.

Reviews of Prelude No. 4 & 7 for clarinet in Bb and guitar