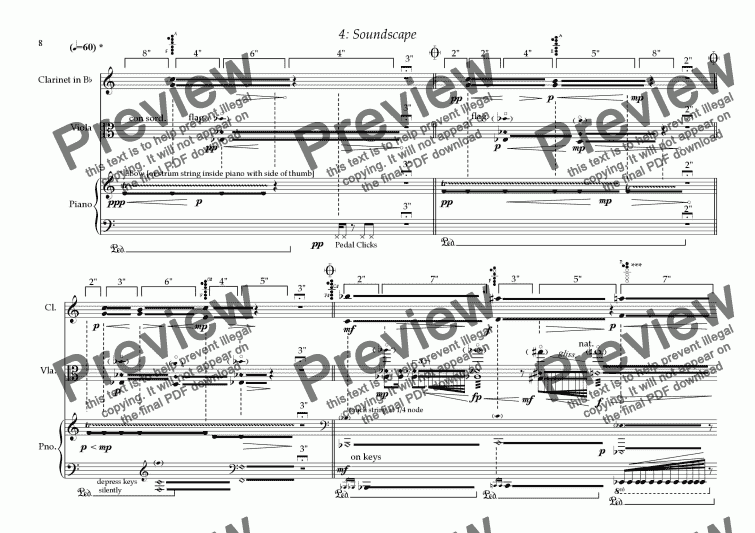 Composer
Guy Bunce
Year of composition
2008
Publisher
Enigma Publishing
Difficulty
Difficult (Grades 7+)
Duration
3 minutes
Genre
Modern classical music
License details
For anything not permitted by the above licence then you should contact the publisher first to obtain permission.

Soundscape Soundscape employs clarinet multiphonics at its core.�The viola and piano unite in supporting this notoriously fragile clarinet effect by doubling the multiphonic notes out of phase.�Various effects are employed in the piano and viola parts to replicate the multiphonic timbres and to provide additional discursive material.�If possible, the pianist should obtain an EBow which makes the strings resonate magnetically without striking them.�If this is not possible, other suggestions are made on the score.�The pianist should also mark the relevant harmonics on the strings using small pieces of tape.�A nocturnal atmosphere should be created with the lighting in this movement with a sudden flash occurring at the beginning of last ff section.