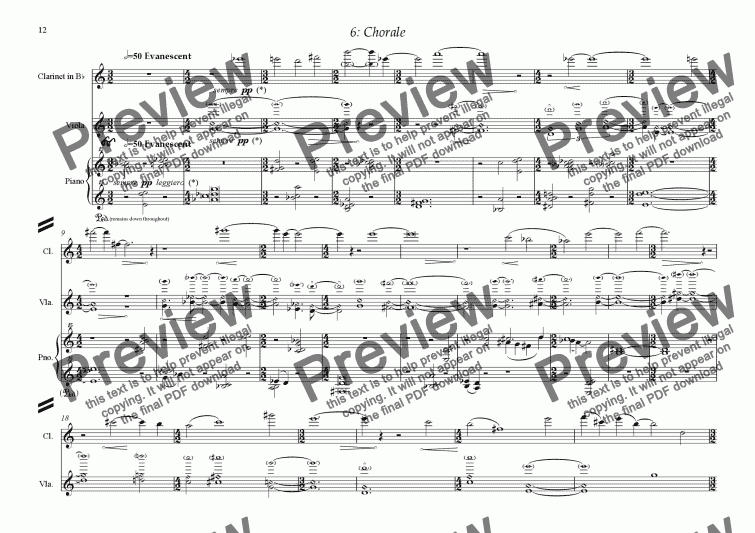 Composer
Guy Bunce
Year of composition
2008
Publisher
Enigma Publishing
Difficulty
Difficult (Grades 7+)
Duration
4 minutes
Genre
Modern classical music
License details
For anything not permitted by the above licence then you should contact the publisher first to obtain permission.

Chorale Chorale explores how the timbres of the three instruments are distorted by extreme range.�The piano is central to this movement with the clarinet and viola replicating its sound.�The techniques of cycling pitch rows and out-of-phase counterpoint found in former movements are brought together in the construction of the material.�The lighting during performance should be such to convey the atmosphere of twilight.�Moving gobo effects simulating water might also be employed.