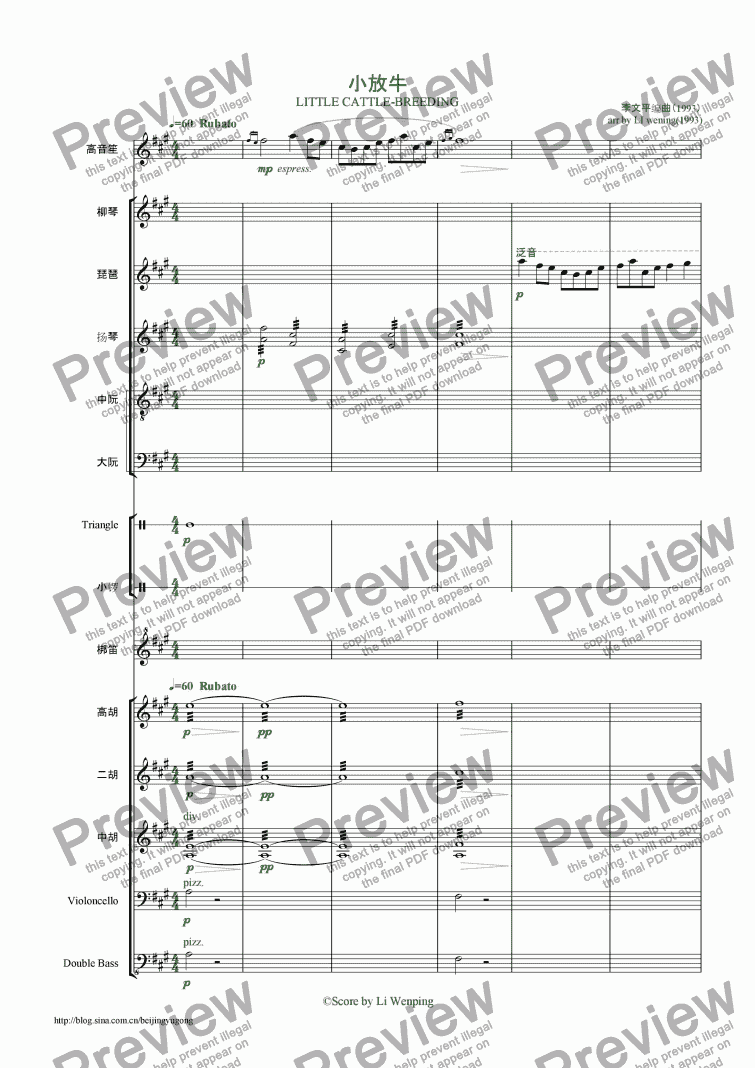 "Young Cowherd", is main is popular in Hebei Province’s folk song of the same name, is the men and women who the folk dance folk drama "Young Cowherd" a section sings and dances to sing.The content describes the country girl to ask the way to the shepherd boy, the smart-alecky shepherd boy prevent departure replies the scene intentionally.Is composed by 4 phrases, the tonality sprightly smooth, is rich in the expression.Once spread the national Han Nationality area, often also is melted in the drama music.

1993 first drafts, 2008 revision. Wrote in 1993, the score gives the record company. The present score is in 2008 acts according to the recording record. Also has made the new adjustment.

In order to submit this score to ScoreExchange.com wenping LI has declared that they own the copyright to this work in its entirety or that they have been granted permission from the copyright holder to use their work. If you believe that this score should be not available here because it infringes your or someone elses copyright, please report this score using the copyright abuse form. 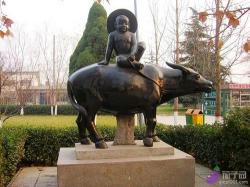