By: anon
For: Brass quintet
This music is in your basket
View basket
Loading... 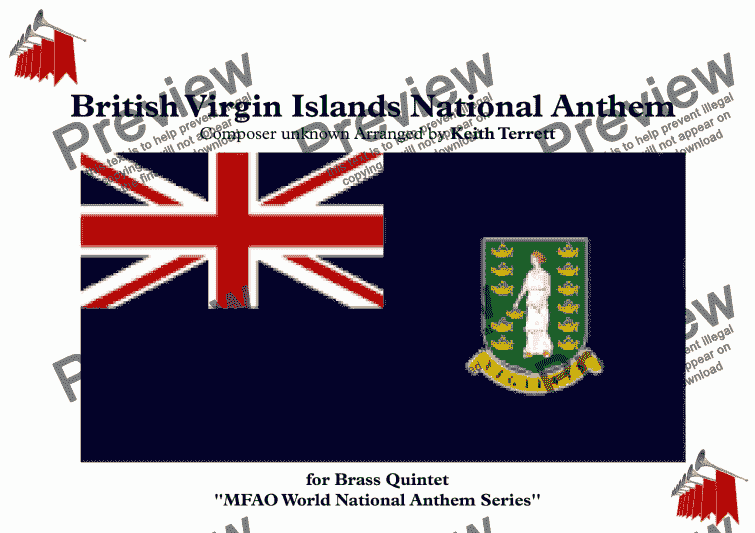 By: anon
For: Brass quintet

Composer
anon
Arranger
Keith Terrett
Publisher
Music for all Occasions
Difficulty
Easy (Grades 1-3)
Duration
1 minute
Genre
Classical music
License details
For anything not permitted by the above licence then you should contact the publisher first to obtain permission.

The British Virgin Islands consist of the main islands of Tortola, Virgin Gorda, Anegada and Jost Van Dyke, along with over fifty other smaller islands and cays. Approximately fifteen of the islands are inhabited. The largest island, Tortola, is approximately 20 km (approx. 12 mi) long and 5 km (approx. 3 mi) wide. The islands have a total population of about 22,000, of whom approximately 18,000 live on Tortola. Road Town, the capital, is situated on Tortola.