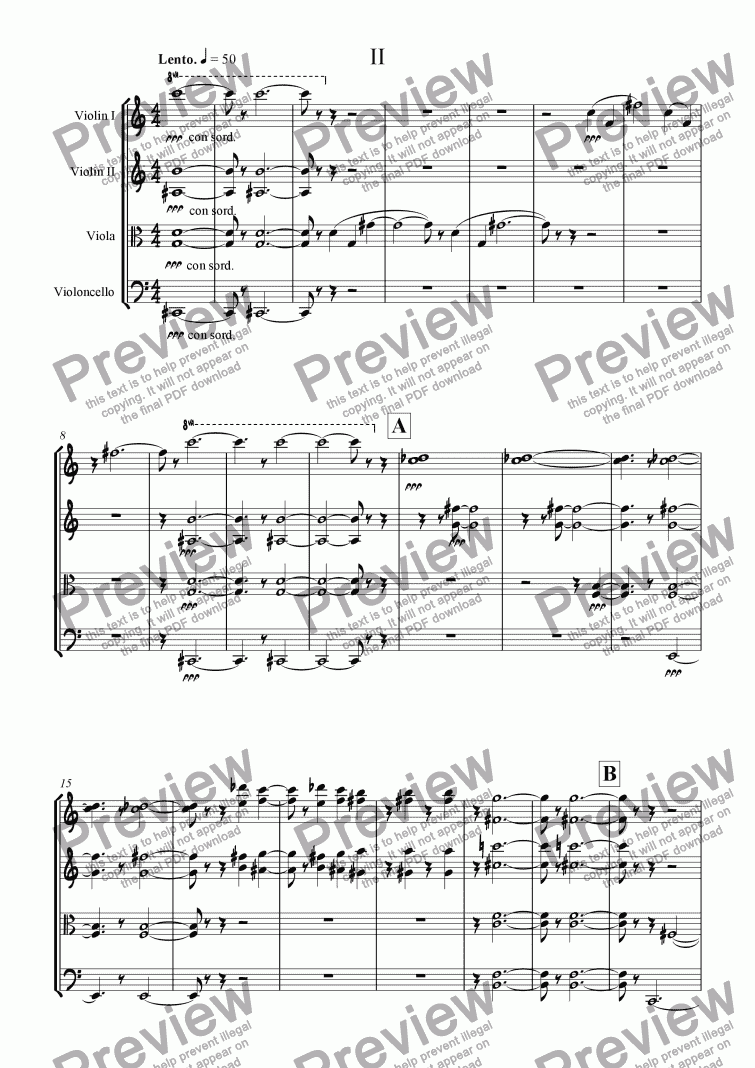 The all-muted second movement is essentially a variation on the first movement. The general idea I have tried to capture in this movement is that of a headache, one that leaves the victim helpless and lying in bed throughout a long in great discomfort, although compressed here to four minutes! It opens with a soft, double stopped chord - a rearrangement of the chord that began the first movement - spread over many octaves that constantly reappears to unsettle the atmosphere. Figure A gives out an exact verticalisation of the opening of the first movement, in an attempt to create a different sort of mood with the same notes. Figure B relates to the section between A and D in the first movement in the form of running semitone semiquavers in contrary motion, as though trying to restart the energy from earlier on. Eventually an accelerando is reached near the end of the movement in triplets which is then rapidly cut off, paralleling the end of the first movement.

In order to submit this score to ScoreExchange.com Harry Sdraulig has declared that they own the copyright to this work in its entirety or that they have been granted permission from the copyright holder to use their work. If you believe that this score should be not available here because it infringes your or someone elses copyright, please report this score using the copyright abuse form.