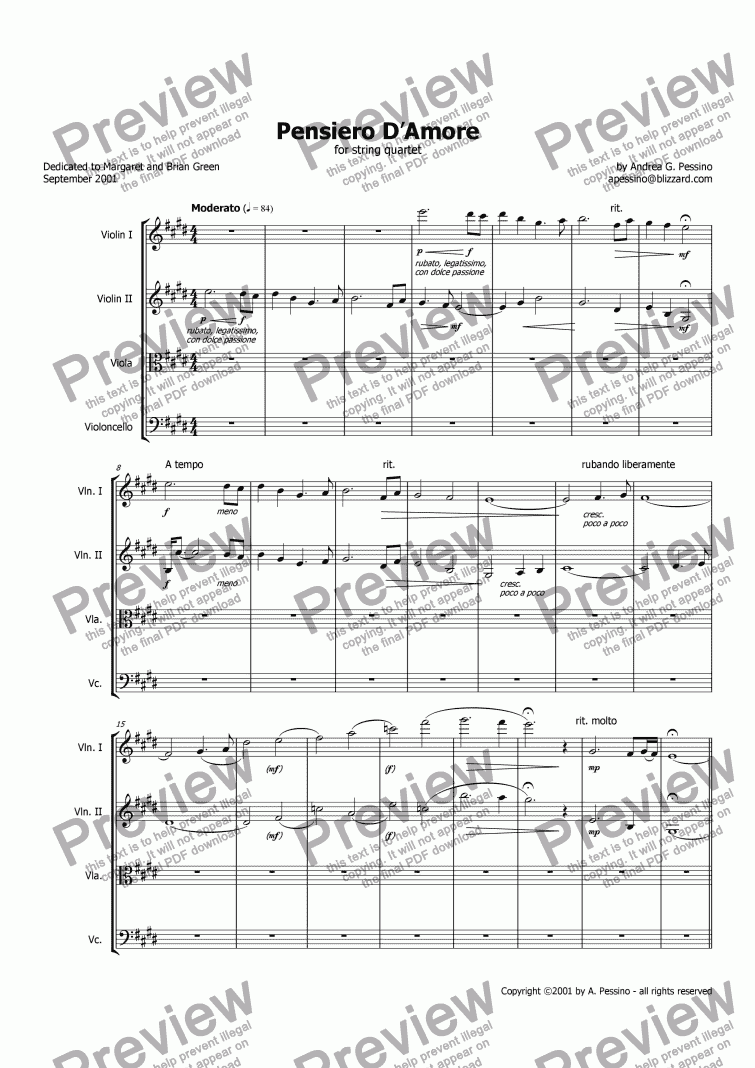 "Pensiero D'Amore" (A thought of love), for quartet of strings.

This piece was written as a gift for a close friend of mine getting married, and it was intended to be romantic, approachable, and not too difficult to play (any professional player will play it with little or no rehearsal time). It was played as a "concert moment" during the ceremony by lead chairs of the Santa Barbara Symphony Orchestra, and response from audience and players alike was so good that I decided to polish it up a bit and publish it on this site.

A word of warning: GeneralMIDI playback is bad enough for most pieces, but for slow, expressive solo strings it is quite deadly, so I have made available an audio file (mp3) to give a better idea of what the music should sound like. The mp3 version is _not_ a live recording, but rather a sequenced version I created as a rehearsal mockup for the players. It's not nearly as good as "the real thing," but it should give you a much better idea of the piece.

Thank you for listening!

In order to submit this score to ScoreExchange.com Andrea Pessino has declared that they own the copyright to this work in its entirety or that they have been granted permission from the copyright holder to use their work. If you believe that this score should be not available here because it infringes your or someone elses copyright, please report this score using the copyright abuse form.