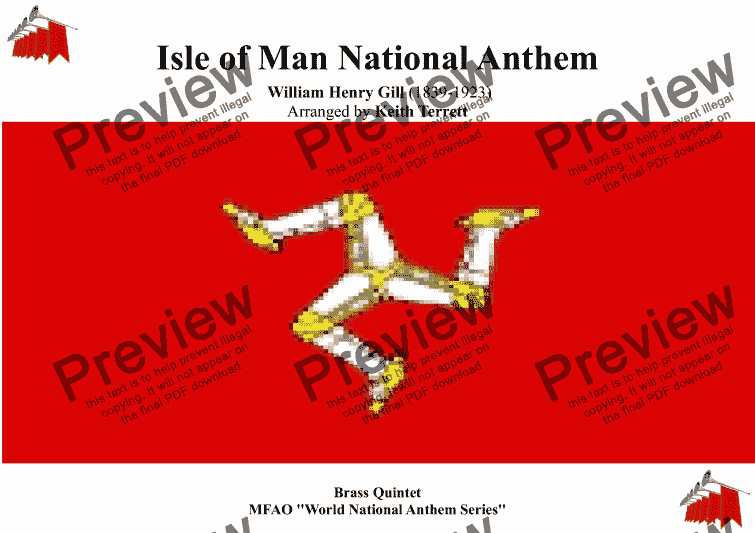 The National Anthem (Manx: Arrane Ashoonagh) of the Isle of Man, known in Manx as Arrane Ashoonagh dy Vannin, was written and composed by William Henry Gill (1839-1923), with the Manx translation by John J. Kneen (1873-1939). The anthem is sung to an adaptation of the traditional Manx melody of Mylecharaine’s March and its English title is normally O Land of Our Birth.

First performed at the Manx Music Festival on Thursday 21 March 1907, there are eight verses in total, but the first and last verses are those usually sung.

The anthem was given official status by the Isle of Man’s legislature Tynwald at a sitting on 22 January 2003, with God Save the Queen, being designated as the Royal Anthem. The National Anthem is used on official and ceremonial occasions and in schools, the Royal Anthem is normally reserved for use additionally on those occasions when the Sovereign, members of the Royal Family or the Lieutenant Governor are present.

The song Ellan Vannin had up to this point vied to be an equal unofficial national anthem.

The National Anthem (Manx: Arrane Ashoonagh) of the Isle of Man, known in Manx as Arrane Ashoonagh Vannin, was written and composed by William Henry Gill (1839-1923), with the Manx translation by John J. Kneen (1873-1939). The English title is normally O Land of Our Birth.

Can’t find an anthem in my store, let me know and I will arrange it for you, my rates are very reasonable. 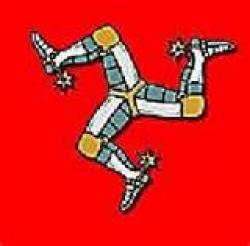