Images of War and Triumph 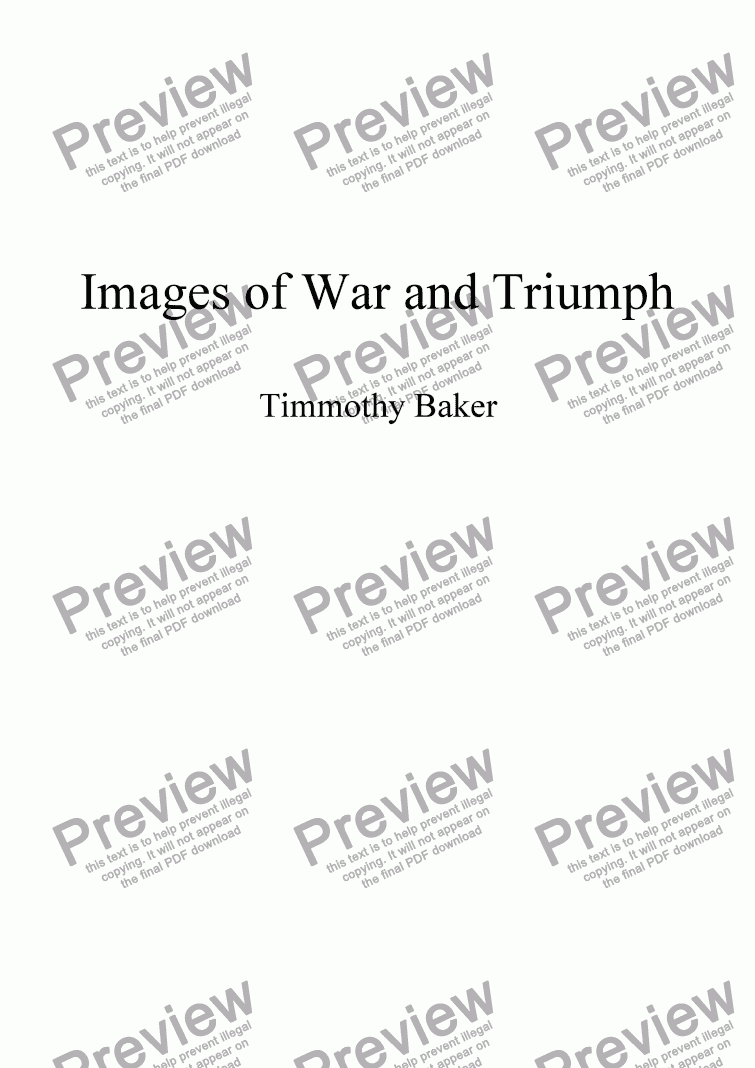 Images of War and Triumph was created for string orchestra in December of 2002. Known for it's rhythmic drive and dramatic intensity, this four minute work has visions of conflict and disagreement between the sections of the orchestra. The piece begins in d minor with the first violins entering with a eight measure fugal subject. This statement is answered by the second violins and two bars later by the violas with the tonal center switching to g minor. The brunt of the "war" occurs in the c minor section with a cadence on a unison c from the strings. Entrances are made by each section, trying to out-play one another with conflicting rhythmic ideas. After an exact restatement of the opening, the orchestra comes together as one in the joyous C major section. The first violins enter with a lighthearted, heroic melody accompanied by a powerful rhythmic drive by the rest of the strings.

In order to submit this score to ScoreExchange.com Timmothy Baker has declared that they own the copyright to this work in its entirety or that they have been granted permission from the copyright holder to use their work. If you believe that this score should be not available here because it infringes your or someone elses copyright, please report this score using the copyright abuse form.

Reviews of Images of War and Triumph