By: Eduardo Di Capua
For: Solo Acoustic Guitar [notation] + piano
This music is in your basket
View basket
Loading... 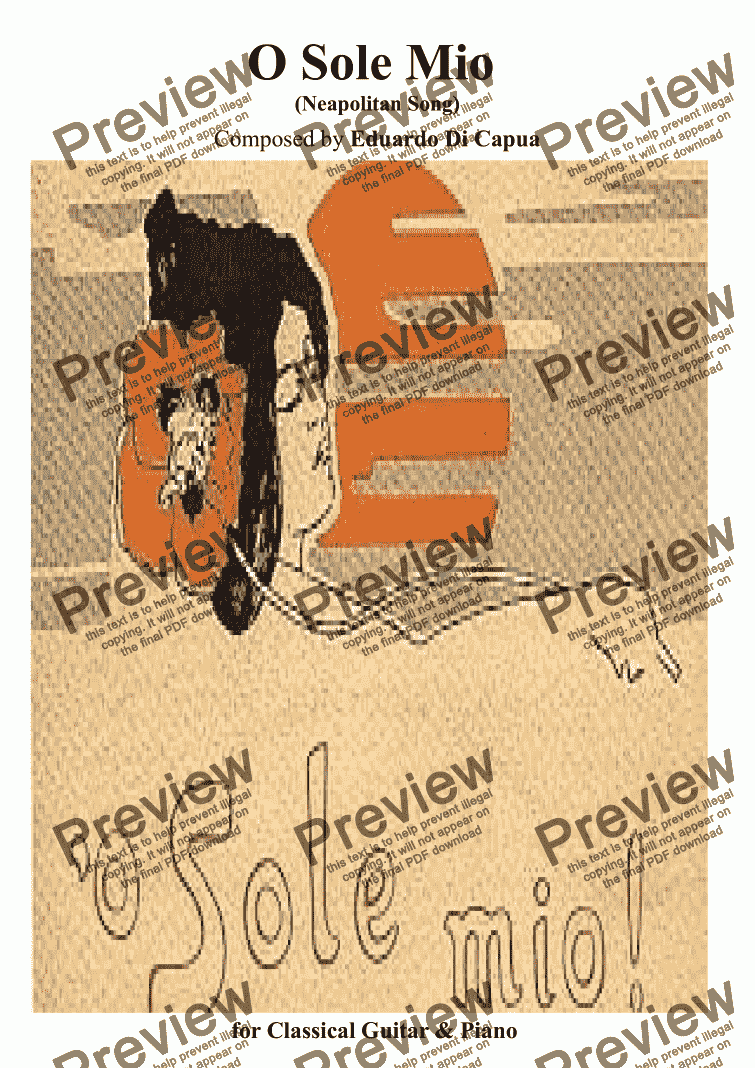 Composer
Eduardo Di Capua
Arranger
Keith Terrett
Publisher
Music for all Occasions
Difficulty
Moderate (Grades 4-6)
Duration
2 minutes
Genre
Classical music
License details
For anything not permitted by the above licence then you should contact the publisher first to obtain permission.

"’O sole mio" is a globally known Neapolitan song written in 1898. The lyrics were written by Giovanni Capurro, and the melody was composed by Eduardo di Capua. It has been performed and covered by many artists, including such stalwarts of opera as Enrico Caruso, Beniamino Gigli, Mario Lanza, The Canadian Tenors, and The Three Tenors, as well as rock/pop artists such as Bryan Adams, Me First and the Gimme Gimmes, Vitas (who sings it in a high countertenor range), Al Bano, and Elvis Presley (It’s Now or Never). Luciano Pavarotti won the 1980 Grammy Award for Best Classical Vocal Performance for his rendition of ’O Sole Mio. Though there are versions in other languages, ’O sole mio is usually sung in the original Neapolitan language. ’O sole mio is the Neapolitan equivalent of Standard Italian Il sole mio and translates literally as "My Sun" (not "Oh My Sun".