By: John Francis Wade
For: Trio
This music is in your basket
View basket
Loading... 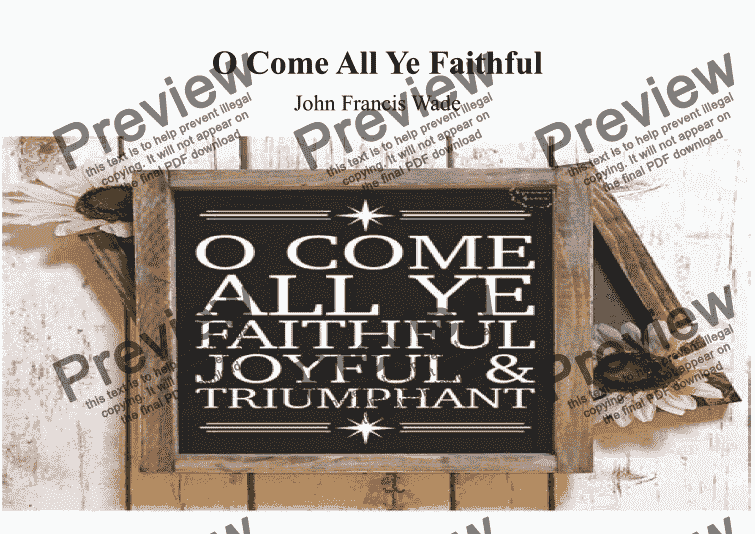 By: John Francis Wade
For: Trio

Composer
John Francis Wade
Arranger
Keith Terrett
Publisher
Music for all Occasions
Difficulty
Easy (Grades 1-3)
Duration
1 minute
Genre
Classical music
License details
For anything not permitted by the above licence then you should contact the publisher first to obtain permission.

An arrangement for Flute, Violin & Cello, of O Come All Ye Faithful.

This arrangement was made especially for three of my music students at Pathways World School (Aravali Campus), in India; for a performance during Founder’s Day in December. As the girls will me leaving India shortly, I thought it would be nice if they played together.

By a score, and I will send you a set of free parts!

The original four verses of the hymn were extended to a total of eight, and these have been translated into many languages. The English translation of "O Come, All Ye Faithful" by the English Catholic priest Frederick Oakeley, written in 1841, is widespread in most English speaking countries. The present harmonization is from the English Hymnal (1906).