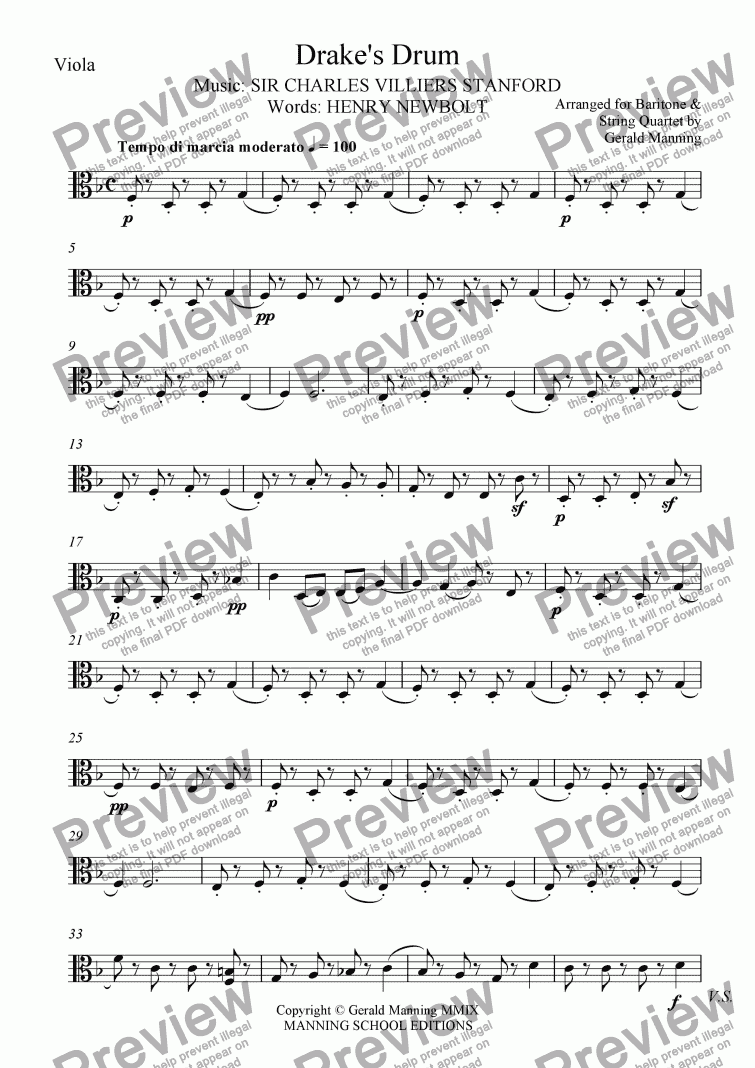 Price:
(+ VAT when applicable)
Price is for this part only Price is for a complete set of four parts Price is for score and complete set of four parts
Note: The publisher requires a minimum purchase of 1 licenses
Change currency...
You are purchasing high quality sheet music PDF files suitable for printing. You are purchasing a license to print this music. Be sure to purchase the number of copies that you require, as the number of prints allowed is restricted.

The Term ballad has a special meaning in musical as well as literary folklore, and developed through the Troubadours and Trouv�res into an artistic dance-song with improvised instrumental accompaniment. Originally conceived from the Italian ballare, which meant a song and dance in combination, this form of the genre seems to have lost its connection with the dance during the fifteenth and sixteenth centuries. In time the word came to be used for verses and music of the most varied content, and in England, the term was associated with anything sing-able, simple, popular in style, and for solo voice. Chopin, Liszt, Brahms and others, in which this storytelling quality was retained, wrote purely instrumental ballades. The Ballad was a very popular form of 'after-dinner' entertainment during the Victorian and Edwardian eras. Both poet and composer portray Queen Elizabeth�s favourite admiral and buccaneer Drake who allegedly played bowls as the approaching Spanish Armada sailed up Plymouth Sound, in addition to singeing the King of Spain�s beard and confiscating his gold for the Queens favour in this stirring song. The setting emphasizes the beating of the drum in the string parts, and the strong features of the vocal line are a folksong like rhythm, which includes �Scotch snaps�, and reflects Stanford�s formidable musical ability, and a spirited and confident rendition would be very effective in achieving the poet�s and composer�s vision.

In order to submit this part to ScoreExchange.com Gerald Manning has declared that they own the copyright to this work in its entirety or that they have been granted permission from the copyright holder to use their work. If you believe that this part should be not available here because it infringes your or someone elses copyright, please report this part using the copyright abuse form.