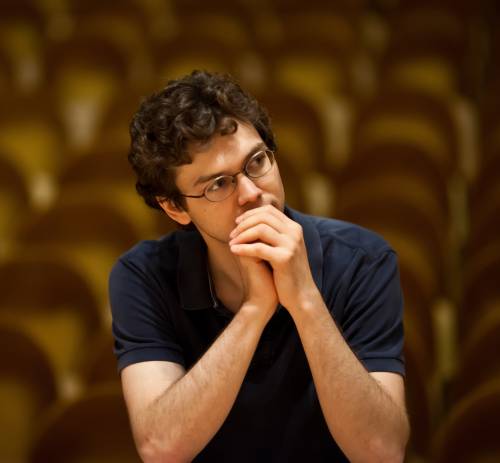 Andrey Rubtsov is currently an assistant to Donald Runnicles at BBC Scottish Symphony Orchestra and a 2014 Leverhulme Conducting Fellow at the Royal Conservatoire of Scotland.

His pieces have been performed in more than 50 countries from Malaysia to Bermuda and published in USA. He composed a chamber ballet for the Bolshoi Theatre project and his woodwind quintet has become a standard repertoire piece for more than 80 quintets all over the world including the Berlin Philharmonic Wind Quintet.

Andrey enjoyed numerous commissions from the Russian State Chamber Orchestra and the Russian National Orchestra. Recent events include his Oboe Concerto as a compulsory piece for the Moscow Conservatoire International Music Competition Final in November 2015 and Violin Concerto premiere in February 2016 in 9 German cities with Julia Fischer and Academy of St Martin in the Fields. Last CD featuring his music performed by the Göttinger Symphonie Orchester was released in March 2016.