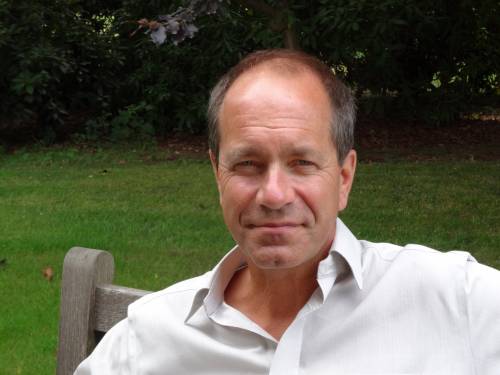 Andy Hampton studied clarinet with David Campbell and saxophone with Jimmy Hastings and won Best Music at the National Student Drama Festival in 1981. He appeared in the WEST END in Lennon in the mid '80s. He taught Clarinet and Saxophone at The Hall School and King Alfred School from 1988 to 1993 before becoming Head of Music at King Alfred from 1993 to 2003. Andy is proud to have taught many fine musicians: Oli Rockberger (Best Jazz combo at Music for Youth 1996), Anna Krantz (toured supporting Will Young) Lail Arad and Alana Philips. During the 1990's Andy wrote music for Sky TV, Screensport, ITV (Granada), BBC Radio 1 and BBC Radio 2. Andy played sax with the John B Spencer Band through the 80s, touring Europe and recording albums along the way. In the 90s he played with function band L'Orchestra Rara, later known as High Society, who played mostly in Central London Hotels. His favourite band is the Simon Korner Experience with whom he has played for well over 20 years but is still regarded as the new-comer! A career move took him to Nottingham for 4 years where he joined the Nottingham Concert Band before moving South to Essex where he now lives and works. Andy has written numerous books for young and old saxophone and clarinet players including Saxophone Basics, Groove Lab, Jazzworks and Unbeaten Tracks; all published by Faber Music. Currently he has many pieces on the ABRSM and Trinity/Guildhall Syllabi for Saxophone, Flute and Clarinet both classical and Jazz. Andy currently plays lead Alto and writes for the Melvin Beddow Big Band as well as Alto 2 for the Astor Big Band - touring Glen Miller shows in the UK. Andy was the selector for the Trinity Guildhall Saxophone grade lists 2017 - 2018. Andy places music on Score Exchange for free and is always interested in promoting performances of his work, so feel free to contact him for parts or any other help with the scores.

Big Band
Chewing the Cud
Love is... an Enigma
Love Came Calling
Shut up & Get up & Dance
Jazzworks
White Wedding Waltz
"14"
Toss the Feathers
Wind Band
Nearly Fabulous
Jazzworks
Solo Piano
And now...
Didn’t I Say?
The Reason Why
...Sting like a bee
Down the alleyway
Clarinet and Piano
Seriously though
No really ... Seriously Though
Other
Southend Pierre
Trio Con Brio
Wedding Duet