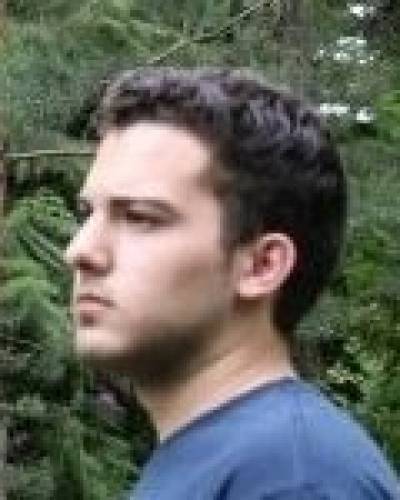 I started music quite late. I played trombone in middle school and started learning piano at the age of 13. I knew piano was where my heart was, but my family couldn't afford lessons. Using the LCD screen that was on my 61-key Yamaha keyboard, I learned how to read piano music. I started "writing" music as well, but in those days I just had to keep it in my memory because I had never heard of music notation software and I didn't know how to write scores out by hand.

By my sophomore year in high school I was starting to write more music–that's when my band director introduced me to Sibelius, which made the process so much easier. I was asked to write a small score for our high school production of a melodrama/western titled "Deadwood Dick or, The Game of Gold." During my junior year, I wrote "La Guerra de Espana," a piano piece consisting of 6 movements and 4 dances, that is a tone poem about the Reconquest of Spain. I also began work on "The Evergreen," a symphonic suite dedicated to my home state of Washington. I will hopefully return to "The Evergreen" in the near future.