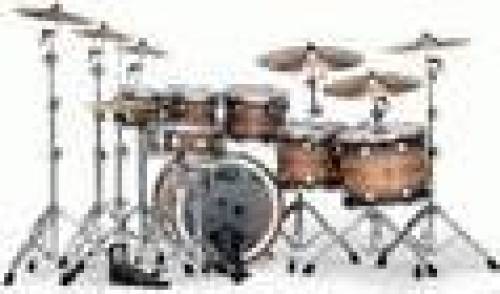 After high school Dan continued to study music at the College of Dupage, while gigging extensively and doing dep and session recording work. He even had the opportunity to play with blues legend Eddie Clearwater, which was a great experience.

In 1988 Dan moved to London and performed 100s of gigs with many bands and performed on several recordings over the next few years. He earned Endorsements with Zilijian cymbals, Bear Percussion, DM custom Drums, and Pro-mark Drumsticks.

In 2002 DansMusic moved into a much larger premises and expanded his teaching practice with lessons on guitar, bass, drums, keyboards and vocals. Incorporating a state of the art Pro Tools recording studio. Later the same year Dan started Red Curtain Records a small independent record label, to help out young bands get their music to major labels. Red Curtain is also the main financial sponsor for one of the largest battle of the bands in England that runs for 24 weeks.

The same year Dan became become a percussion examiner for Rock school and Trinity Guilhall College The prestigious examination board that gives government accredited music exam from grade1 -8. Recently been promoted to International examiner status, and will be travelling to some of the 13 countries that Rockschool exams are now recognised in. info at www.Rockschool.co.uk

Most recently Dan has launched CenterStage, A music school and examination centre. A team of professional music educators staffs the centre.

Dan is continues to push forward in all areas of popular music education. More information can be found at www.Dansmusicshop.com