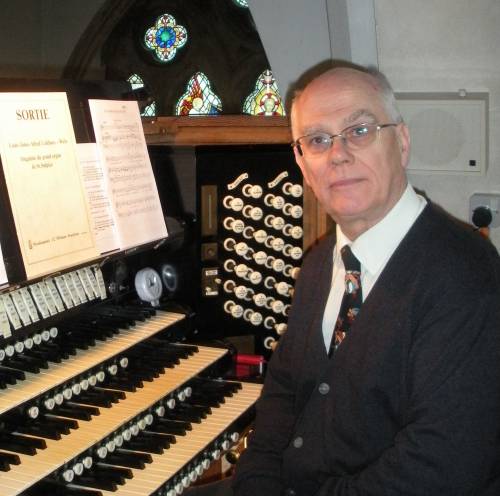 Born in Leeds, Yorkshire in 1950, Duncan was educated at Burton on Trent Grammar School, during which time he also studied organ with Richard Greening MA,BMus,FRCO at Lichfield Cathedral. In 1968 he entered the Birmingham School of Music (now Birmingham Conservatoire) continuing his organ studies with George Miles. In 1970, Duncan gained the diplomas of ABSM (General Musicianship) and ABSM (Organ) and one year later, graduated GBSM. In 1972 he was awarded the Certificate in Education from the University of Reading. He has taught in schools in Wiltshire and Hampshire since 1973 and in 1979 was appointed to the staff of the Gregg School, Southampton where he was Director of Music for over thirty three years before retiring in 2012. Apart from Church Music, he has a particular interest in plainsong and (to show the spectrum of his taste) an interest in military music. In 2006, he was elected a Fellow of the Academy of Saint Cecilia. In 2013, after a three year course in theology, Duncan was licensed as a Reader in the Diocese of Winchester and serves at St Mary's Church Southampton where he has also been appointed Organist and Director of Music. In December 2015, Duncan relinquished the position as Director of Music in order to concentrate on ministry in Southampton City Centre Parish. Since 2018, Duncan has been Licensed Lay Minister and Assistant Organist at the Parish Church of St Michael the Archangel, Southampton Old Town, and Padre to 424 Squadron, RAF Air Cadets.