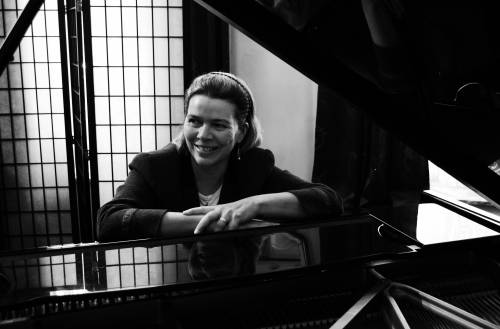 Pianist, composer and author Leona Francombe has pursued music and writing all her life. Guided by these twin muses - who have more in common than one might think - she can be found most days coaxing narrative from music and melody from words.

Leona’s essays and fiction are often inspired by music, experiences in nature, and European themes and moods. Her writing has appeared in Writers’ Forum, Symphony Magazine, The Bulletin, Humanities Magazine, UNESCO’s Reflections, Explore Magazine and Banff Letters, among others. In 2011, Leona was asked to write and record a series of European essays – Letters from Brussels - for "Here on Earth” on Wisconsin Public Radio. Her first novel, Dancing with Swans, was published in German translation by Goldmann Verlag in 2014. Her debut in English, The Sage of Waterloo, was published by W.W. Norton in the U.S. and U.K. in 2015.