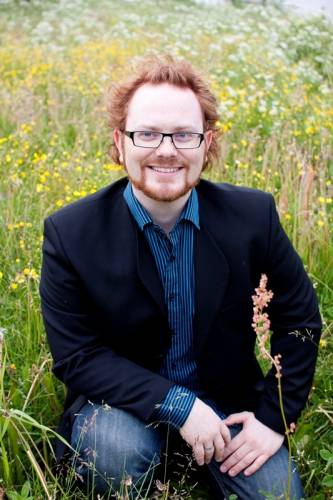 Gísli Jóhann Grétarsson (b. 1983) is born in Akureyri, Iceland. He started playing classical guitar at the age of 7 and finished his final examination in 2003 from Akureyri Music school (Tónlistarskólinn á Akureyri). In 2007 he moved to Sweden to study composition at the LTU University in Sweden with prof. Jan Sandström. He received, in 2010, his BA diploma and graduated with honours and full marks in composition. Later that same year he started a Masters in composition at LTU, which he finished in the spring of 2012. Gísli has studied guitar arrangements and composition with prof. Jan-Olof Eriksson, organ composition with prof. Hans-Ola Ericsson, choir conducting with prof. Erik Westberg, and orchestral conducting with prof. Petter Sundkvist. As his final examen in both his BA and MA studies he composed mini operas which he both conducted and produced.

Gísli’s compositions have in recent years been performed by many different soloists, music groups, ensembles, choirs and symphony orchestras, both in Sweden and in Iceland. Although he mainly sees himself as composer and conductor, Gísli still enjoys performing as a classical guitarist from time to time.