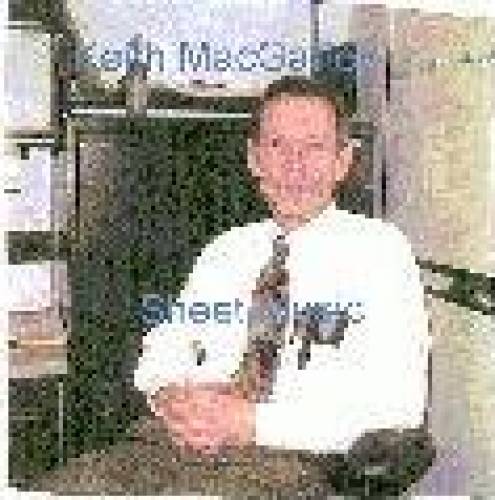 Arrangers must surely be a meddlesome breed. What presumption! To go pillaging among the works of musical genius, and presume to improve upon them. They ought to be put in the stocks and pilloried. But wait, what if the composers themselves did the same thing? And they did, often . . . . . Bach, Handel, Mozart and many others, all the way down to more contemporary musicians such as Leopold Stokowski and beyond. But, you would argue, they were qualified people listening to the Muse herself over their shoulders. Dare an amateur musician presume to follow in their illustrious footsteps. He dares, not with the presumption of attempting to gild some of the most precious lilies in the musical field, but with the hope of bringing the music to a wider audience of players and listeners.

I was born in southwest England in the little village of Milverton near Taunton, the county seat of Somerset county. I had taken a couple of years of piano lessons with a Mr. Ebdon in the little town of Wellington. I also remember singing plainsong in a choir of small boys under the tutelage of a man in a black cloak with a bushy black beard. Later I went on the train to Minehead on the coast of the Bristol Channel to take clarinet lessons from one Tony White who played in a jazz band. It was not until my ears tuned in to an unusual sound on the BBC Third Program, and I asked my father what that was, that I began to find myself musically.

He said that it was a bassoon, and I asked if I could have one. In fact it was the fine playing of Archie Camden with the London Symphony orchestra, and his recording of the Mozart bassoon concerto came to be one of my favorites, especially because on the reverse side of the last movement, on 78s in those days, was him playing Senaille?s Allegro Spiritoso, which in today?s lingo I thought was ?really cool?. Now, there were not any bassoon players around to take lessons from, or if there were they were not accessible to me. So I picked up the fingerings from a chart and somehow was able to produce a sound with that difficult reed that began to resemble something identifiable as a bassoon sound. About that time one of my sisters was learning the oboe and the other one the trombone. Fortunately, she later switched to the French horn, because she could only reach the drainage valve with her big toe. My older brother also played the trombone, but later switched to guitar, because the school he and I went to did not have a band, and because it was an instrument of his own choice rather than what my father picked out for him. My mother and father both played piano, and Mother later took up the clarinet to complete our family quintet. Who was the missing flutist? My father, who had been principal flutist under Frederick Stock with the Chicago youth orchestra, and later toured with the Chicago Opera Ballet Company, before he went to Edinburgh University Medical School, met my mother there, and settled down to a meager living as a general practitioner in Milverton.

Meantime I was principal bassoonist with the Somerset County Orchestra, (they must have been hard up for a bassoonist, and probably were because the second was a man who I thought must have been over eighty). Somehow, there were some auditions that we heard about for the British National Youth Orchestra in 1947, and I got to play second bassoon in such glorious pieces as the Haydn Military Symphony, the Mendelssohn violin concerto, Benjamin Britten Young Person?s Guide to the Orchestra and my favorite, Dvorak?s Carnival Overture, under the direction of Walter Susskind, who was this kindly and famous man from another world.

We came (back, for my father) to the United States in 1950, to Binghamton, N.Y. I got to play in the Broome County Youth Orchestra and the Triple Cities Symphony. Then I went to college at Colgate University in the middle of New York State, and since they did not have an orchestra I took up singing bass in the college Glee Club. My father decided our family quintet should become The Scottish Ensemble; we went down to NewYork City and saw Sol Hurok, and had a handsome brochure printed up. We gave a few small concerts, including one at the chapel of Union College, Schenectady, but the Ensemble did not go very far, because we all went to college and our careers started to take off.

Meantime my father and mother moved to Lenox, Massachusetts, home of the Tanglewood Music Festival of the Boston Symphony. I finally got to take some actual bassoon lessons for the first time that summer, from the late Ernst Panenka, at that time principal of the Boston Pops Symphony under Arthur Fiedler.

When I went to medical school at the University of Rochester, N.Y. I played in the local Civic orchestra and sang in St. Paul's church choir on Monroe Avenue and in the Rochester Oratorio Society Chorus under Ted Hollenbach. I remember the bass soloist in the Messiah one year was William Warfield and my first immersion in the Brahms Requiem is still fresh in my memory.

I served my tour of duty in the U.S. Army, stationed near Stuttgart, Germany, fortunately with my family, and was one of the staff internists at the local army hospital. I did get to play bassoon, however, in the local Ludwigsburg symphony. In 1969, looking for a warmer, drier climate, we wound up in El Centro in the Imperial Valley of Southern California, next to the Mexican border. I met a clarinetist, Lawrence Ponton, who invited me to play in the orchestra in Yuma, Arizona, sixty miles away. We got tired of all that mileage and thought we should form our own orchestra. I had started having some small ensembles in my home, to which one Sunday came Joel Jacklich, a violist and conductor. With his expertise and the encouragement of the local musical leaders we founded the Imperial Valley Symphony in 1974, which is today still going strong and gives four concerts a year as well as supporting musical scholarships for aspiring youth and assisting other local programs. Lawrence and I with some other colleagues started the Desert Wind Ensemble which gave concerts twice a year, and for which I did the arrangements for about twenty years, borrowing liberally from the string and keyboard literature, carrying on a tradition I had learned from my father with the Scottish Ensemble. All of this while conducting a busy practice of internal medicine, being chief of this, that and the other, and helping to raise four children, all of them accomplished amateur string players.

Finally, for one reason or another, mostly medical politics, we moved to Milwaukee in 1997. Here I now have the very good fortune and privilege to be a student with Steven Basson, the principal of the Milwaukee Symphony and an eminent local musicologist. From him I am finally learning the basics of the art and skill of playing this noble but challenging instrument and the mechanics and science of reed-making. I play in three local amateur symphonies. I now have a computer music notation software, so that what I used to write by hand over the years, now becomes eminently readable.