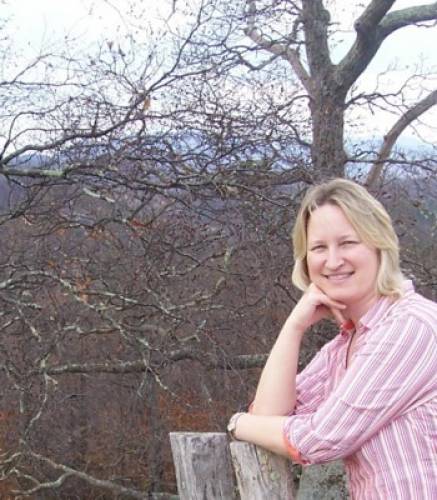 Thanks to Ken Smith of Hope Valley Baptist Church in Durham, NC for performing her songs "His Hands", and "Final Hour". Further thanks go to Don Utley and the Spiritual Music Ensemble from St. Petersburg, Russia for performing "He's Lifting Me" in their a cappella concert in Raleigh at Brooks Avenue Church of Christ. It was an honor to have my work included in the program.

God has been answering prayers in a major way: My song Can You? was the July Winner (Gospel/Christian category) for the Song Of The Year Contest which sponsors VH1 - Save The Music! It made it into the final round of competition where I competed against all the other monthly winners for Christian Song Of The Year! Last spring, the same song placed 2nd in the Babbie Mason Music Conference International in Atlanta. God is making a way for this song.

Whether performing classical piano, accompanying her high school chorus, playing piano in jazz band, flute in marching band, or guitar with her church youth group, from an early age, Patty Felker immersed herself in all forms of music.

From a simple prayer, Patty received an outpouring of music producing a large collection of Contemporary Christian, Inspirational, Hymns, Choral works, and Instrumentals.

Her CD, New Beginnings, featuring 8 songs and 3 orchestral pieces, showcases the beautiful contemporary singing style of Tammy Michal, with outstanding arrangements by Ken Michal. Enjoy the finished products in the MP3 files attached to the sheetmusic.

Her music has been performed by church choirs, and groups such as Hope's Calling. Her song "He's Lifting Me" was selected by the International Library of Poetry anthology "The Colors of Life" (Jan 2004), plus Sounds of Poetry, a collection of the spoken word, (Dec 2003). Her song State Of Grace was sung at the American Bible College 2003 commencement ceremonies, and was featured in the International Library of Poetry's anthology "The Best Poems and Poets of 2003". She was a finalist in Embassy Music's The Ultimate Talent Search & Seminars songwriting contest, with her song "We Bow Down". She was nominated for Poet of the Year for 2004, and her song "More Than I Planned" was published in "The Best Poems and Poets of 2004".

That Patty's music can cross generational lines, and be enthusiastically embraced by people of three generations is a testament to the universal appeal of her music, based on solid, scriptural themes, and beautiful melodies.

Her company, Noteworthy Christian Music (ASCAP), promotes her work to the Christian community worldwide. Please let us know how her music has impacted you. Thank you for visiting us!

'New Beginnings' Sheet Music
He's Lifting Me
Hope Of Glory
Glimpse Of Glory
State Of Grace
Glory to the Lamb
Heal My Broken Heart
Obey
Tranquility
Christmas music
My Favorite Time
Latest Scores
Apple Of His Eye
Your Love Will Never Fail
It's Not Over
Living Word
We Bow Down (for high voice)
Living Word (Choral arrangement)
In You
More Than I Planned
We Bow Down (for low voice)
Place That Kind Of Faith In Me
Unity Prayer
I Knew You
Spacious Place
His Hands
SATB
Final Hour
Plea for Presence of God (with piano)
O, Worship Him
Plea for Presence of God (a cappella SATB)
In Your Presence Still (a cappella SATB)
When I Am Weak
I Will Walk, I Will Run
His Hands
His Hands
Speak To Me
ScoreExchange.com is operated by ADAP Solutions Ltd. ©
Sell sheet music |
Terms | Privacy |
Contact us | Blog |
Advertise | Help