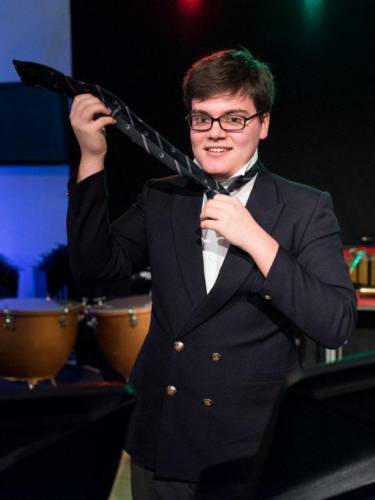 Currently Oliver is a music scholar in his final year at Gordonstoun School, studying Maths, Music, and Music Tech at A Level. He has played the piano and sung from an early age, and more recently taken up the saxophone. His musical education began as a chorister at Canterbury Cathedral, where he sang 7 services a week. From there he has attended a BBC Composing Course, a residential Choral Course at Eton College, and had works performed by John Harle, and members of the ECO. With composition as his main focus, he will be taking up an undergraduate composing course at The Royal Northern College of Music in September 2015

Oliver tries not to constrict the genre in which he writes music. As an aspiring film composer, a broad understanding of all music is important. He has written choral, jazz, orchestral, solo, and small chamber works. More recently, Oliver has been arranging music for the Gordonstoun Saxophone Group ‘Saxes On Fire’ which have been performed at various concerts throughout the year.

If you’d like to request any scores, just get in touch