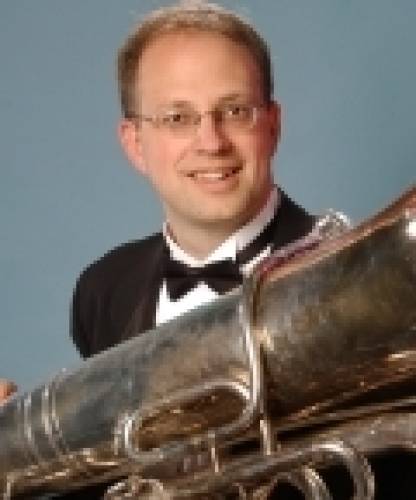 Paul Erion (tuba), a native of Alexandria, Virginia, attended the Eastman School of Music, where he studied with Cherry Beauregard and Don Harry. In 1992, he toured Japan with the Eastman Wind Ensemble. As the Principal Tuba for the Philharmonie der Nationen in Germany, Mr. Erion was involved in several television and CD recordings and performed extensively throughout Germany. He returned to the States to pursue graduate studies with David Fedderly at the Peabody Conservatory. He is currently Principal Tuba of Opera Philadelphia and has recently performed with the Chamber Orchestra of Philadelphia, the Philadelphia Orchestra and the Richmond Symphony.