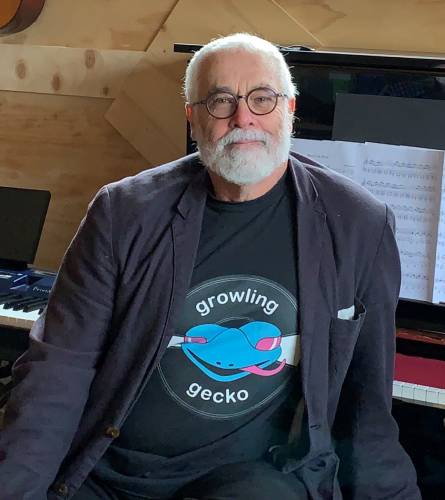 Robin Thomson has been a musician since he first picked up a nylon string guitar at fifteen to learn Led Zeppelin riffs. In 1977, he decide to get serious about music and learn to read. Although an obvious choice, yet not his original intention, he ended up studying the classical guitar privately to achieve this goal. In 1980, he successfully auditioned to study the guitar, with the bass viol as a second study, at the West Australian Conservatorium of Music within the West Australian Academy of Performing Arts. After five years of study he successfully gained a Diploma of Music Teaching. This resulted in the commencement of a private teaching pathway in Perth initially before moving to the South Coast of Western Australia. During this time he had many opportunities to perform both as a soloist and in a variety of ensemble combinations. In the late 1990’s, he also started to consistently compose. In 2009, he cut off his carefully manicured right hand fingernails to eschew the guitar in favour of mastering the piano. This change of instrument has provided him with a wonderful tool to assist in elevating his compositional activities. Robin mainly composes works for piano that provide a useful vehicle for improvisation, his other primary musical interest and also composes for guitar, other instruments/combinations. Robin also produces music digitally under his music label Growling Gecko .‘Sunyata ’ and ‘Allemande ’ were released in 2017 followed by ‘A Crash Course in Classical ’ and ‘A Second Crash Course in Classical ’ in 2018.