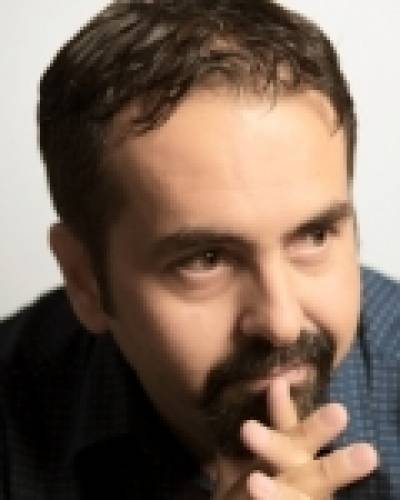 In 1997, he is shortlisted by SPNM (Society for the Promotion of New Music) to compose a new chamber opera, "Mothers" premiered at Huddersfield Contemporary Music Festival. The same year works as music director for the Anglo Spanish stage production of Lorca's In five years time, receiving great critic and public acclaim. In 2000 won a scholarship by Fundacion Autor/SGAE for the use of new technologies in composition held at Sibelius Academy in Helsinki. His piece "Ombra" for saxophone quartet was released by Anacrusi records in 2001, and received the award Cajacanarias 2005

His interest in silent films started while studying at the NFTS, having started the first version of his music for the film "Un Chien Andalou". The score was completed and revised in 2000 under the title "Clonic Mutations". He conducted and performed with an ensemble specifically created for its premiere at Ribermusica 2000 Festival in Barcelona. In March 2003, Clonic Mutations was performed again in Barcelona by the ensemble Grup Instrumental Barcelona 216 as part of the concert production "Les 3 chiens".
His piece Ombra for saxophone quartet was released by Anacrusi records in 2001 representing emerging young composers in Barcelona. In 2003, Clonic Mutations for piano, strings and percussion written for the silent film Un Chien Andalou by Luis Bunuel, was performed in Barcelona, by the ensemble Barcelona 216.
In addition to music compositon, he was responsible for the introduction into the Spanish market of Sibelius notation software, having translated it into Spanish. He has also developed an innovative piano teaching methodology for young children promoting children's creativity. He has recently founded BigBang lab, a cultural and social enterprise working across film music and heritage, producing new music for silent films as well as innovative creative oral history and creative learning programmes to engage young people and communities across age and cultural background.