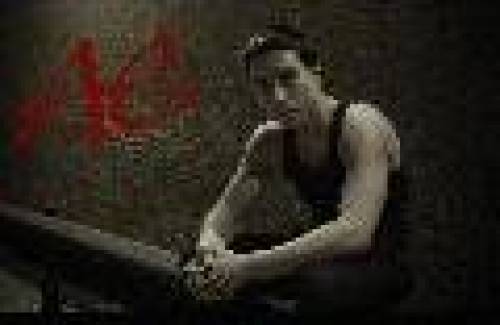 Hello everyone, my name is Abraham Castañeda, I was born in January 5, 1988, in the city of Redondo Beach. Nothing really intersting happend in my early years of childhood. I remember when I was around five years old, I would be running around everywhere. And I remember one day I got tired and I went inside the house, and my uncle was playing guitar. I was really amazed at just seeing him play, I also remember telling myself that I would never be capable of doing something like that. Then in the year of 1997 I recieved the oportunity to enroll in a music class. When I finally went into class, I was practically two weeks late. These classes only lasted four weeks, and I came on the Friday of the second week. When I came back on that Monday, I was already ahead of everyone else. I was really surprised with myself, especially thinking that I would never be capable of playing a musical instrument. A lot of people don't consider the Recorder a "real" instrument, but that is what I started with. I later advanced myself to the Clarinet and the Violin. Then I tried around twelve other instruments. After four years I finally picked up the Guitar. It was easy for me to learn especially since I already had the passion for it, and since I already have been playing the violin for four years.

HOW IT ALL BEGAN

When I was really young I never thought I would be a musician even less a composer. When I barely started school, I always wanted to "fit in" so I would listen to rap (even though I never really liked it) but I was never treated kindly or with any respect. When I finally reached the fourth grade, I took my first music class, I was extremely happy playing music, but all my "friends" would always put me down and make me feel miserable. When I hit the sixth grade is when I started listening to rock music, and a short time after I finally had enough of "fitting in". The reason I like rock music is because, you need to have real talent to be doing what you are really doing, instead of having a little box play your music. Also, I have always enjoyed a challenge, and in most rap (now a days) there is no challenge, MUSIC WISE. After a year or so, I started getting into metal music, because I started noticing how much harder the music was to play. Around the same time that I started getting into metal music the movie Armageddon came out. I remember this really famous scene where he tells his' daughter that he wont be able to return home, there is a really sad song playing in the background. When I heard that song in the background, that was the song that inspired me to become a composer. At first, my music was extremely simple. As the years progressed I started teaching myself music theory, and of coarse, because of Trial And Error.(Laughs)

Places I Have Performed;

More music will be coming soon