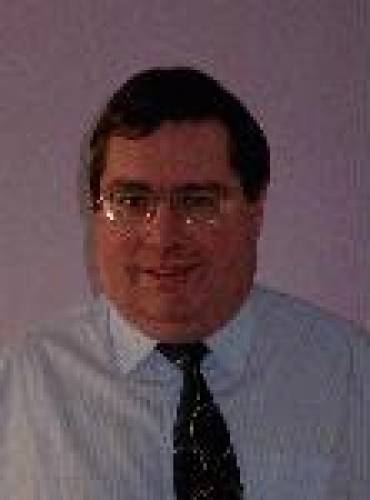 He was born in London in 1962 and grew up in Croydon. He sang in various choirs from the age of seven, and began learning the organ when he was 10. His first appointment was as Organist and Choirmaster of a local church when he was 16. Subsequently, he became Organ Scholar at Kings' College, London, where he studied from 1981 to 1984. At the same time, he specialised in composition, studying with Nicola LeFanu and David Lumsdaine. Having completed his postgraduate training at the London Institute of Education, Alan began his teaching career in Croydon. In 1990, he was appointed Head of Music at Hazelwick School, Crawley, a post he still holds. In recognition of his ongoing work in developing composing at the school, he has subsequently been awarded the additional post of composer-in-residence.

1990 was also the the year that Alan first came to prominence as a composer when he won the RSCM's annual composing competition. His winning piece, Let the Peoples Praise You O God, has subsequently been widely performed and remains one of his best known works. Since then, he has won various awards, most recently the 2003 Thornesian Prize, an honourable mention in the 2004 Vanguard Premieres Competition (Michigan, USA, a highly commended award in the 2005 IMRO Composers' Competition as well as first prize in an RSCM anthem writing competion. In 2006, he was a shortlisted finalist in the Canadian Choral Composition Contest and in 2007, a prizewinner in a Handel-inspired Chamber Organ Composing Competition.

In addition to the 140+ scores on SibeliusMusic.com, he has a further 100 or so titles available through 12 different publishers in the UK and America. Further details of these may be found in Alan's webpage on the British Academy of Composers' Register of Members. A complete catalogue of all works is available on request.

Since 1988, Alan has been Director of Music at St Andrew's Church in Burgess Hill. He lives in the nearby village of Newick with his wife and three children.

Choral Music
Hodie Christus Natus Est (original version)
Blessed are the Eyes
Breathe on me, breath of God
Versicles & Responses - Set 1 (SAB)
Christ's Nativity (Full score - 1st mvt only)
Christ's Nativity (Full score - 2nd mvt only)
Christ's Nativity (Full score - 3rd mvt only)
Versicles & Responses - Set 2 (SSA)
Christ's Nativity (Full score - complete)
Christ's Nativity (Vocal score)
Thou Wilt Keep Him in Perfect Peace
While Christ Lay Dead
Let All Mortal Flesh Keep Silence
Christus factus est
Dum Transisset Sabbatum
Three Elizabethan Lyrics - No.1 My True Love Hath my Heart
Three Elizabethan Lyrics - No.2 How Sweet the Moonlight
Three Elizabethan Lyrics - No.3 Even Such is Time
May the Grace of Christ our Saviour
Deep Peace of the Running Wave
God to Enfold Me (original 2-part version)
God to Enfold Me (SATB version)
Hymn to the Holy Spirit
Enrich, Lord
Down by the Riverside
He That is Down
For the Fallen (SATB version)
In the bleak midwinter
Speak Lord, in the Stillness
For the Fallen (Treble version)
We Believe in God the Father
Standin' in the Need of Prayer
Versicles & Responses - Set 3 Plainsong (Unison)
He Walks Among the Golden Lamps
I give myself to you
Tomorrow Shall be my Dancing Day
My God is a Good God
Here, O My Lord
Hodie Christus Natus Est (SATB version)
I Sing of a Maiden
O Nata Lux
Jesu, Grant Me This I Pray
The Cross
I Will Lift Up My Eyes Unto the Hills
Sing Unto the Lord a New Song (original version)
Lullaby (vocal arrangement)
Out of the Orient Crystal Skies
Rocking
The Virgin Mary had a Baby Boy
Star of the Heart
Prayer of St Teresa of Avila
Jesus Christ the Apple Tree
O Lord our Governor
O Vos Omnes
O Touch Mine Eyes
Lullay Mine Liking
O Christ, Saviour most sweet to us
Most Blessed Vine
Praise Him in the Sound of the Trumpet - No.1 God is gone up
Praise Him in the Sound of the Trumpet - No.2 Sing Unto the Lord a New Song
Praise Him in the Sound of the Trumpet - No.3 I Will Lift Up Mine Eyes
Praise Him in the Sound of the Trumpet - No.4 O Praise God in his Holiness
Sussex Carol
Three Anthems for Compline - No.1 Before the ending of the Day
Three Anthems for Compline - No.3 O Lord support us
Sing unto the Lord a New Song (SA vesion)
Three Scottish Folksongs - No.3 Wild Mountain Thyme
Three Scottish Folksongs - No.2 Ye Banks and Braes
Three Scottish Folksongs - No.1 Afton Water
Tongues of Fire
Threnody
The King of Love
This Joyful Eastertide
Three Anthems for Compline - No.2 Keep me as the Apple of an Eye
Tota pulchra es
Solo Vocal Music
Augeries of Innocence - No.1 Spring
And So the Night Became (complete)
And So the Night Became - No.1 Shadows
And So the Night Became - No.2 Epitaph
And So the Night Became - No.3 Aubade
And So the Night Became - No.4 Incantation
And So the Night Became - No.5 Nocturne
Augeries of Innocence - No.2 Eternity's Sunrise
Augeries of Innocence - No.3 Wild Thyme
Augeries of Innocence - No.4 God's Grandeur
Love's Secret
Instrumental Arrangements
Minuet in A (Boccherini)
Berceuse (Faure) - Treble Recorder and Harpsichord
Hornpipe (Handel)
Prelude: Te Deum (Charpentier) (Flute & Strings)
Largo (Bach - Treble Recorder and Harpsichord)
La Fille aux Cheveux de Lin (Debussy)
Original Instrumental Music
Scherzetto
Air and Variations on a Theme by Purcell
Five Pieces for String Quartet (complete)
Five Pieces for String Quartet - No.1 Preludio
Five Pieces for String Quartet - No.2 Canon
Five Pieces for String Quartet - No.3 Arietta
Five Pieces for String Quartet - No.4 Bagatelle
Five Pieces for String Quartet - No.5 Epilogo
Lullaby (version for Horn, Harp and Strings)
Lullaby (original version - Horn and piano)
Three Short Pieces for Wind Quartet - No.1 Prelude
Three Short Pieces for Wind Quartet - No.2 Nocturne
Three Short Pieces for Wind Quartet - No.3 Rondo
Valediction
Toccata for Vibraphone and Marimba
Valediction (Flute, Harp and Strings)
Original Organ Music
Sonata for Trumpet and Organ
Pastorale (Flute and Organ)
Three Psalm Preludes - No.1 How excellent is Your Name
Three Psalm Preludes - No.2 Beside still waters
Three Psalm Preludes - No.3 Praise His Name in the Dance
Organ Transcriptions
Ave Maria (Caccini)
Agnus Dei (Faure)
Andantino (Elgar)
Flower Duet (Delibes)
Ave Maria (Schubert)
Apres un Reve (Faure)
Berceuse (Faure)
Pavane (Faure)
Nimrod (Elgar)
Pie Jesu (Faure)
Gymnopedie No.1 (Satie)
Sicilienne (Faure)
Prelude: Te Deum (Charpentier) (Trumpet & Organ)
Trumpet Tune (Purcell)
Trumpet Tune (Stanley)
Winter - slow mvt (Vivaldi)
Uncategorised music
Hark a thrilling voice is sounding
Son of the Virgin
Two Irish Folk Songs
War Carol
Woldingham Service
ScoreExchange.com is operated by ADAP Solutions Ltd. ©
Sell sheet music |
Terms | Privacy |
Contact us | Blog |
Advertise | Help