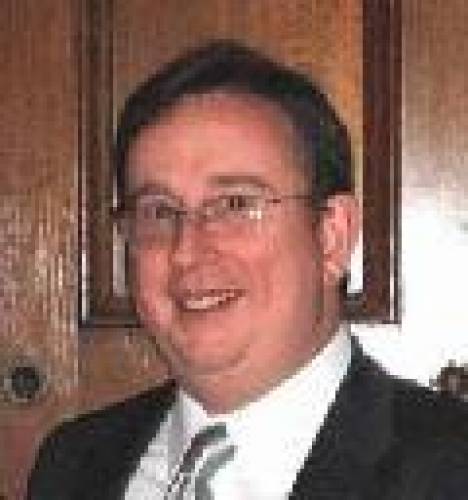 Andrew started his musical career playing the French Horn in the school orchestra, county youth orchestra and the local TA band. In 1990 he went to Oxford Brooks University to study education, during his time at university he expanded his musical expertise and learnt to play the organ and sang in a variety of choral groups performing religious pieces, 20's pieces and standards.

Since he finished his BEd, Andrew has been a primary school teacher in Stockton specialising in Music, DT and History. In 1996 he helped to form P'Nache (a brass quintet) and, until recently, regularly played the French Horn at local gigs.

Andrew became the church organist for Aske Chapel near Richmond in 1999, and until recently was also a member of The Yorkshire Volunteers Band and played for local orchestras as well as conducting several local groups. He has also adjuicated for the wind and ensemble sections of a number of local music competitions.

In January 2008, Andrew took over the post of Organist and Choirmaster at All Saints' Church, Hurworth. This is an exciting challenge, with an excellent choir of around 24, a praise band, a brass group and, of course, the organ! Since taking up the post, Andrew has reinstated the treble section of the choir, as well as incresing the variety of the repertoire of the adult choir.

During his time with the SMVC, Andrew introduced an increasingly varied repertoire including pieces arranged by himself. The choir went gone from strength to strength, increasing its membership from just under 20 to nearly 40 members over 4 years. In April 2008, SMVC entered the Eskdale music festival, their first competition on over 20 years. They competed again in 2009, improving on their results!

Andrew and his wife Vicki (the brains of the outfit) formed a brand new mixed choir in January 2009. Under the name of the Sans Pareil Singers, they already have over 40 members and a busy schedule of concerts extending over the next 18 months. The choir does not audition, but still strives to achieve an excellent standard of performance. Many of the arrangements on here form part of this new choirs repertoire. For more information, see their website!

As a result of his work arranging music for the Richardson Singers, Andrew has had a number of arrangements published professionally by BABA productions. Please visit their website to wiew these.

Andrew is available for work as a Composer, Arranger, Conductor and Adjudicator.