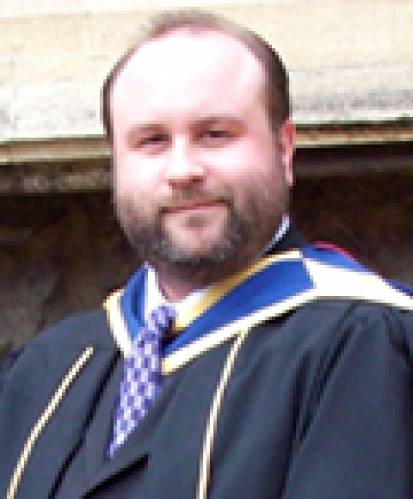 Anthony started piano lessons at the age of 6, and at age 9/10 started composing. He wrote his first 'symphony' at age 12 which was then digitised and played electronically at one his school's concerts. At only age 13, he took his GCE 'O' Level in Music and was awarded a "B".

Having then studied Music to A Level standard, he studied Music at university and graduated from St Chad's College, Durham University with a BA Hons degree in Music. During his time at university, he was a Choral Scholar at Durham and Newcastle Cathedrals, an Organ Scholar at St Chad's College, Durham University, as well as at St Oswald's Parish Church, Durham.

Following his graduation, composition became more serious, mainly for choir and organ as well as organ music. He would write small pieces and arrangements for the various church choirs he conducted whilst Organist and Choirmaster at those churches. During this time, he also started writing for instruments and started work on "The 4 Elements" - he has completed "Air" and "Fire", but has yet to complete "Earth" and "Water"!

Although an IT Professional with qualifications from Microsoft and Cisco, he is also a Fellow of the Academy of St Cecilia, a Fellow of the Guild of Musicians and Singers, a Fellow of the Honorable Company of Organists, and a Fellow of the Society of Crematorium Organists. He is also a member of BASCA (British Association of Songwriters, Composers and Authors), and the PRS (Performing Rights Society), and is also a Licentiate of the Royal Photographic Society.

Musically, Anthony is quite a busy person. He is a freelance organist and singer, singing in a few choirs including Voces Usuales - an ad hoc choir which meets up once or twice a year to sing weekend services in a UK cathedral.

As a composer, he writes mainly for choir and organ, and has written anthems, and other pieces for church services.