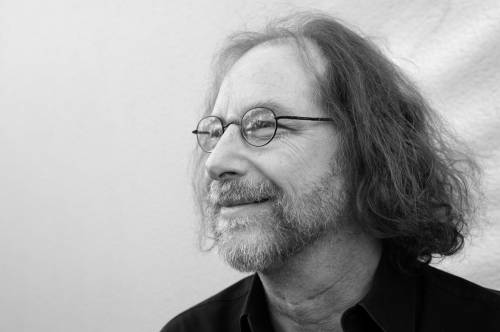 Born in march 1959 in Luxembourg, Arthur Stammet lives since his childhood in Esch-sur-Alzette. A great part of his actual professional activities stay attached to this town.

After having achieved his master of musicology in Strasbourg, he studied electro-acoustic music in Metz (CNR) and classical singing in Esch-sur-Alzette (with Mireille Kayser-Baltus) and in Brussels, in Jules Bastin's class, finalized by two superior diplomas, both awarded with great distinction : opera singing in 1994 and concert singing in 1996. Actually, he is professor at the music conservatory of Esch-sur-Alzette.

His professional and artistic activities are a mix of teaching, composing music, creating graphics and movies, research and singing.

As a singer, his baritone voice sounds in a repertory involving lyrical and dramatic roles, besides religious works, songs and also negro spirituals, musical songs and operetta arias.

First secretary of the LGNM during the 1980ies and actually foundation member of the Noise Watchers Unlimited society, he stays highly interested in the domain of contemporary music and research, working as programmer, lecturer, teacher, composer and art-video-director.

During 21 years, he directed the Howald Church Choir, followed, since 1998, by the Arthur's-Round-Group, specialized in the repertory of negro spirituals and, since September 2005, by the "Ensemble vocal" of his conservatory.