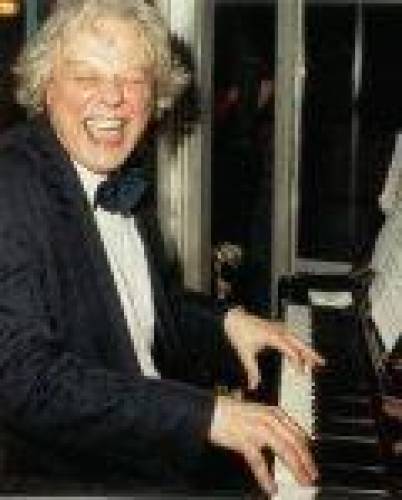 Barry trained at the Royal Academy of Music in London where he studied composition, harmony and counterpoint with Patrick Savill and pianoforte with Leslie England. He is experienced in most media including theatre, concert hall, cabaret, rock concert, television, radio, recording studio and commercial advertising. In the ?swinging sixties? he worked as musical director for two years on back-to-back pop tours during the rise of Beatlemania, and then became personal musical director to Roy Orbison travelling extensively throughout Europe, Canada and the U.S. He was Musical Director/Arranger on the long running twice weekly T.V. series ?Five o? Clock Club? featuring the Alexis Korner Band and co-wrote, with Alexis, an award winning cinema commercial jingle for Bri-nylon. In 1968 he recorded an album 'Diversions' of his own songs with lyrics by Michael Palin and Terry Jones, which was reissued in January 2002. He was Musical Director/Arranger for a twenty-six week series starring Rolf Harris for British Columbia Television in Vancouver, following which he became Musical Director for the long running BBC television series ?Rolf On Saturday O.K?? and later for the long running BBC touring radio series ?Rolf?s Walkabout?. His recording credits as Musical Director/Composer/Arranger include LPs by Roy Orbison, John Renbourne, The Sadista Sisters, The Johnstones, Kenneth Williams, Libby Morris, Topol, Rolf Harris. His work as Record Producer includes ?Coojeebear and the Monster? ? (Rolf Harris & The Queensland Youth Orchestra), - ?We are your Future? (soloists, rock group, childrens? choir & the London Schools Symphony Orchestra), - ?Soft Core Horn? (own arrangements of standards featuring French horn soloist Terence Johns). His work has frequently taken him to many parts of the world and he has appeared as guest conductor in concerts of his own music with the symphony orchestras of London, Vancouver, Hamilton, Knoxville, Wellington, Christchurch and Queensland. He appears frequently as guest solo pianist with the BBC Concert Orchestra. In 2002 he was commissioned to write a Jubilee Cantata, 'Better The World With A Song', which was performed in July in the presence of Their Royal Highnesses The Earl and Countess of Wessex. He is very active as a pianist/composer/arranger in and around London.