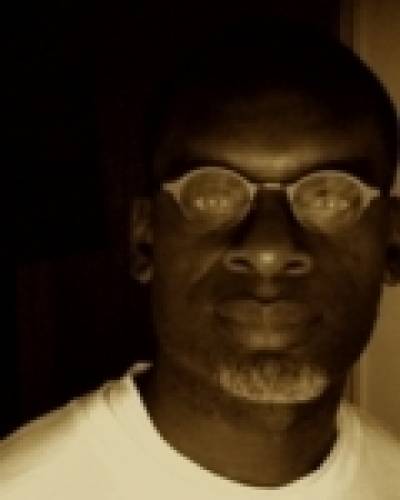 Louisiana-born composer Byron Christopher Mayes began his formal music training at the age of 10 on a ukelele given to him by his favorite aunt, and culminated that training with studies in trombone and composition at Indiana University and the University of Hartford's Hartt School of Music. His output includes symphonies, big band works, monologues with music, vocal and choral works, chamber music, marches, and most other Western musical forms; and draws heavily on all aspects of his Southern African-American heritage and Northeastern urban adult experience. Mayes' musical style, encompassing the traditional and the adventurous, often reflects his sense of humor.

Mr. Mayes received honors from the Virginia United Methodist Church for his choral-orchestral Hymn Anthem: A Thousand Tongues, and an honorable mention in the 1992 National Association of Composers, USA Young Composers' Competition for his Patrick Nagel Suite for string quartet and vibraphone.