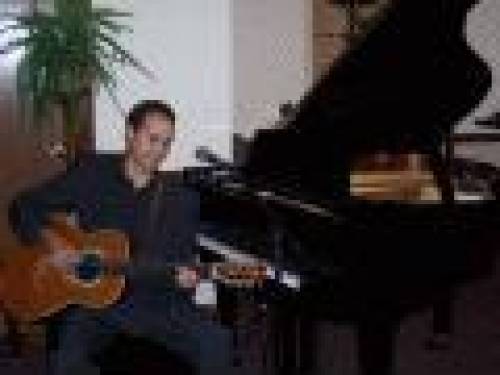 Contact Seller
Please note that you will need to sign in or register before you can contact this seller
Address:
Mr. Bernardo Hernandez
Hernandez Family Publishing
10 Loop Drive
Hanover
PA
17331
United States

Winter 2017 Update: Now starting to share music via Facebook! Feel free to friend us (under my name). Also, our family CD - The Hernandez Family - "Listen For the Voice of God" is available on iTunes and at this link on CD Baby: http://www.cdbaby.com/cd/thehernandezfamily

Summer 2013 Newsflash: The CD is finally finished and we've launched a Kickstarter campaign to help fund the graphics, artwork, manufacturing and duplication. Click here to check it out: http://www.kickstarter.com/projects/734019299/the-hernandez-familys-new-cd-listen-for-the-voice

I now have a Facebook page. Feel free to 'friend' us. Thanks, and please keep us in your prayers; and e-mail us if you need prayer. It's bernieanddesales@aol.com. God bless!

Bernie makes his living as a musician/composer in southern Pennsylvania and in the Baltimore metropolitan area.

He performs solo, with his wife DeSales, and, on occasion, with Elizabeth, Katherine and Becky, in area malls, schools and churches; and at Catholic parishes, private functions, fairs, festivals, weddings, receptions and birthday parties.

Bernie and his family also perform in many senior adult communities, nursing homes and personal care homes in the area.

With his wife and daughters he produced a well-received children's album called "I'm Glad We're Here!" The national U.S. organization MOPS (Mothers of Preschoolers) put the CD on their recommended listening list. DeSales, in the summer of 2008, released her scripture memory project with worship leader Pam Cavanaugh and producer Chris Metcalf. The CD is called "Scripture For A Lifetime - Building Godly Character Through Scripture Memory Songs".

Bernie is the Contemporary Music Group leader at St. John Catholic Church in Westminster, MD. He was also choir director at St. William of York parish in Baltimore, MD from 2001-2007. His responsorial psalm settings (available here) are sung frequently at St. John and are used by other music directors in North Carolina, South Carolina and elsewhere in the U.S., and also in England, Australia, Canada & Malaysia.

His song "I Came For Your Heart" was recorded by the rock group Cubic Feet,(produced by Grammy-nominated producer Peter Solley). The song was subsequently published by Warner-Tamerlane Publishing in New York, the music publishing entity of Warner Brothers. He's also recorded with producer Kim Fowley.

Bernie was the featured vocalist/pianist at Bentley's at the Barn Restaurant in Hanover on Thursday nights until their unfortunate closing as a restaurant with live music to a diner without live entertainment as of January 2010.